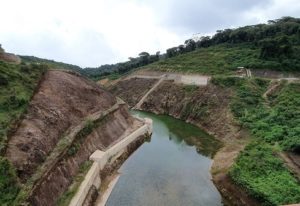 Renewable Energy Performance Platform (REPP) is providing a US$1 million development loan to help build the 10.2-MW run-of-river Mpanda hydro plant in Burundi, one of the world’s least electrified countries.

Burundi has an estimated national electrification rate of just 11% and a total installed power capacity of 80 MW. Once built, the Mpanda plant in Bubanza Province will increase the East African country’s installed capacity by over 10%, while supporting its conditional Nationally Determined Contribution (2015) target to reduce greenhouse gas emissions by 20% by 2030 and overall vision for sustainable development.

Mpanda is considered a strategic priority project in Burundi, contributing directly to implementation of the Government’s National Development Plan (2018), as well as supporting the National Strategy and Action Plan on Climate Change (2012), which encourages private investment in renewable energy.

It was initially planned with a 35-m-tall dam, but this was subsequently changed to a run-of-river design, which minimizes the impact on the physical and ecological conditions of river systems.

After REPP’s loan, developer Hydroneo East Africa Ltd is looking to achieve financial close by 2022, which will unlock a further US$25 million in senior debt for construction of the plant. Commercial operation is expected 12 to 18 months later.

“Boosting Burundi’s power production by over 10% through the Mpanda project could lead to a potentially transformational impact on the country and its people by enabling the economic activity necessary to improve life prospects and living conditions, while also avoiding over 6,000 tonnes of greenhouse gas emissions every year,” said Geoff Sinclair, managing director of REPP’s investment manager, Camco Clean Energy. “What’s more, the project, once completed, will be one of Burundi’s first hydro IPPs to come to market and will have a strong demonstration effect, meaning it will likely pave the way for greater private sector participation in its growing clean energy sector.”