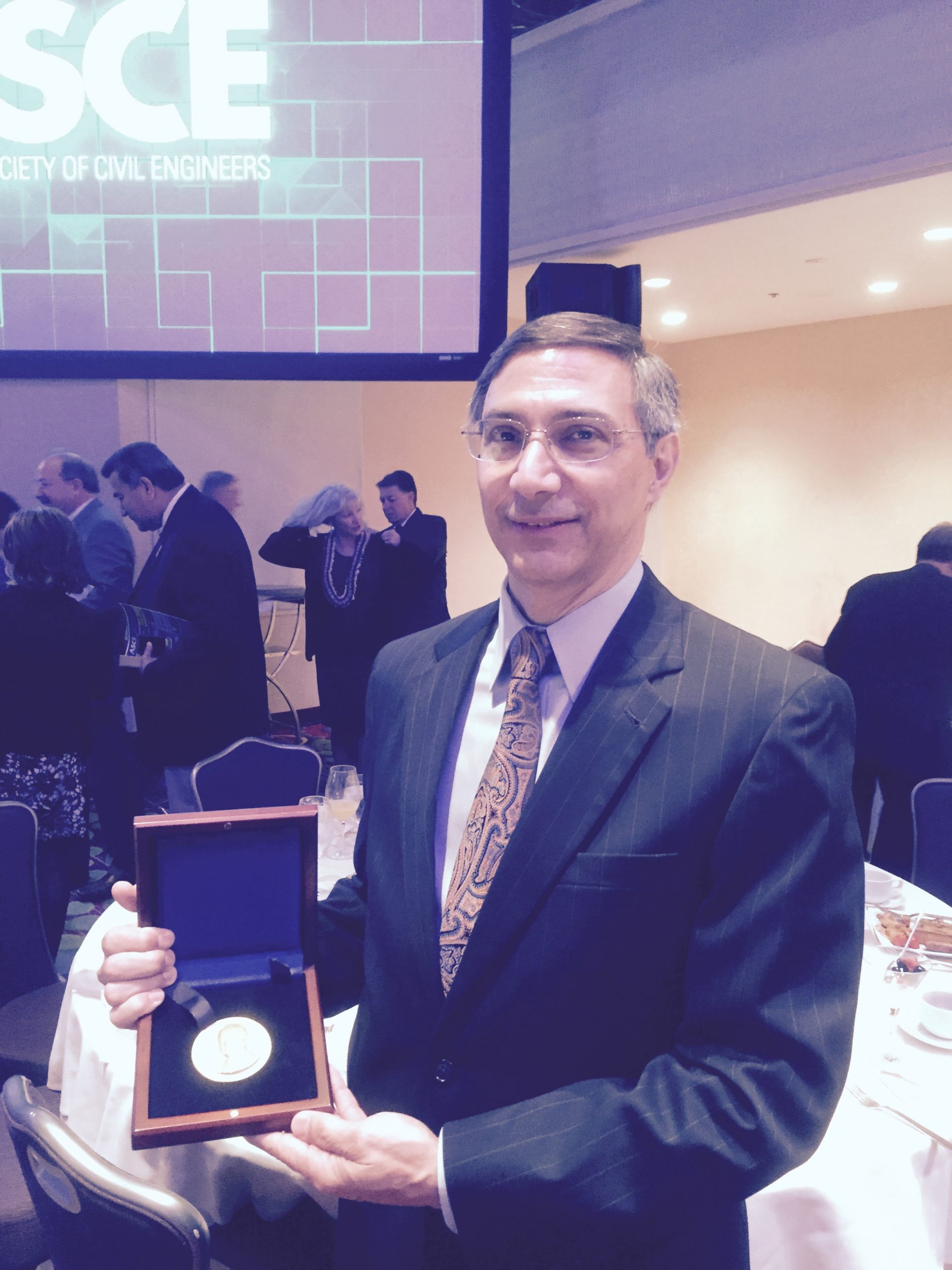 The American Society of Civil Engineers presented Mario Finis with its Rickey Medal at the ASCE 2015 Convention in New York City earlier this month.

Finis, P.E., was given the medal “for contributions to the practice of hydropower engineering through global advocacy and support for hydroelectric development, education, and public policies that include hydropower as a clean, sustainable supply of electricity for developed and developing nations,” according to ASCE.

Senior vice president and director of hydropower and dams at the Broomfield, Colo.—based engineering firm MWH Global, Finis serves on ASCE’s Energy Division Executive Committee and “is dedicated to the development of hydropower as a clean and reliable renewable resource, a commitment that has taken him to a large number of both developing and developed countries to support hydroelectric development across the globe,” ASCE says.

Finis has worked on hydroelectric projects in North America, Central and South

America, Asia-Pacific, and Europe-Africa, with projects ranging from small and large greenfield hydro-developments, to dam and hydro plant rehabilitations, to keeping existing hydroelectric projects producing electricity far into the future. “His passion for promoting hydroelectric power as a clean renewable resource translates to his participation in a number of societies focused on increasing the public’s awareness of the benefits of hydroelectric power as well as teaching future hydropower engineers,” said Doug Scott, associate editor of ASCE News.

The deadline to submit nominees for the 2016 Rickey Medal is Nov. 1.

This prize was established in 1947 by Mrs. Lucy M. Rickey in honor of her husband James W. Rickey, a leader in hydroelectric engineering progress. Funds were donated to provide for a suitable medal and to establish a permanent fund, the proceeds from which would supply the necessary yearly funds for this medal.

The medal may be given annually to a society member for achievement in the general field of hydroelectric engineering, including any of its branches.

The medal is not given annually but was given in 2014 to Refaat Abid Abdel-Malek, PhD, P.E.