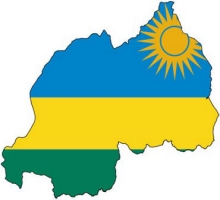 Power generated by the Republic of Rwanda’s 28-MW Nyabarongo hydropower plant, a US$110 million run-of-river scheme on the River Mwogo commissioned in November 2014, is expected to reduce the government’s monthly expenditures for diesel fuel from approximately US$12.9 million to US$7.4 million, according to Rwandan Infrastructure Minister, James Musoni.

Power from the Nyabarongo project increases the electrical capacity of Rwanda’s national grid from 110 MW to 160 MW, or about 18% to the country’s energy sector. River Mwogo is a tributary of the Nyabarongo River, and the plant is in Mushishiro, Muhanga district in Rwanda’s Southern Province.

The project, developed by Angelique International Limited and Bharat Heavy Electricals Ltd. of India, is the largest hydroelectric facility currently operating in the African country of 11.8 million people.

In a published report from AllAfrica this week, Musoni said, the Nyabarongo hydropower project will reduce $12.9 million we spend on heavy diesel each month by 43%.

In November 2013, HydroWorld.com reported, “Construction on the project began in 2008 after Rwanda awarded a turnkey contract to a consortium of India’s Bharat Heavy Electricals Ltd. and Angelique International Ltd.

Exim Bank provided a US$80million loan toward the project and Rwanda funded the remaining costs.

Musoni said, “[Nyabarongo] is a start of other projects we intend to begin this year, which will produce 300 MW.”