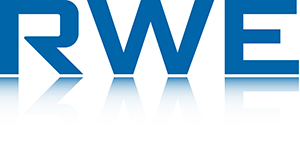 RWE has announced the reorganisation of its conventional generation unit, and will also seek to cut costs at its renewables and network spin-off, Innogy.

As of January 1st, the company has reorganised its generation business, its gas, hard coal, hydroelectric power and biomass generation forming RWE Generation under the stewardship of CEO Roger Miesen.

Katja van Doren will be its CFO and Tom Glover its commercial chief; he remains managing director of RWE Supply & Trading, according to Natural Gas World.

RWE Power will run the company’s lignite coal-fired generation, as well as the strategic management of nuclear energy. Its CEO is Frank Weigand, who is also the company’s CFO. He will be assisted by Lars Kulik who, as before, heads the lignite division, and also by new nuclear division chief Nikolaus Valerius, previously head of RWE’s German/Dutch hard coal and gas division.

“We decided last year to make our electricity generation companies more flexible, while aligning them more closely to their respective energy sources,” said Rolf Martin Schmitz, RWE group CEO. There are signs that RWE means to reduce its exposure to lignite; last month it divested its 51 per cent stake in its Hungarian lignite-fired generation business.

The company will now will essentially have three business segments: Lignite & Nuclear; European Power (gas, coal, hydro, and biomass); and Supply & Trading.  Matthias Hartung, who headed up both RWE Generation and RWE Power as their CEO for five years, has now retired as planned. Schmitz thanked Hartung who he said led both generation businesses “through a very difficult time.”

Mr Terium departed following a disagreement on company strategy and was replaced by Uwe Tigges, chief human resources officer, until the supervisory board decides on a permanent successor.

The company will focus growth on its core activities and on expansion of e-mobility, broadband and its solar business, while also examining potential cost cuts across all parts of its business.

Innogy also said on Tuesday it would review the funding of growth projects, adding it currently did not see the need for additional equity measures.

“The Innogy Executive Board is currently reviewing discretionary spending across all segments for the potential to deliver further cost reductions,” Innogy said in a statement, adding it will provide further details along with annual results on March 12.

Back in November, with Terium at the helm, the group had announced plans to invest $8.4m in the 2017-19 period, with around $2bn as discretionary capital expenditure, mostly in its renewables unit.