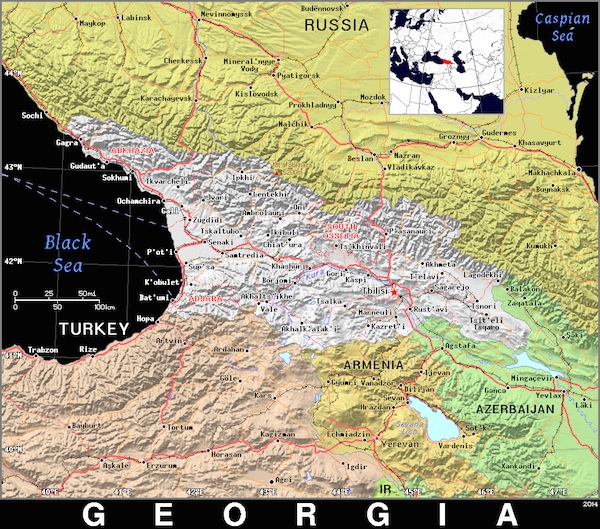 Sakartvelos Banki (Bank of Georgia) announced it is investing US$45 million in the 30-MW Mestia Chaladidi hydroelectric project on the Mestiachala River, which will use water from the Chaladi Glacier in Mestia, Svaneti, Georgia.

Construction is scheduled to begin in 2015, but the cost of the entire run-of-river project is not immediately available. Once complete, Mestia Chaladidi is expected to annually produce about 1,000 GWh.

Galt & Taggart, the investment arm of Sakartvelos Banki; Georgian Minister of Energy Kakha Kaladze; and representatives from both RP Global and Svaneti Hydro Co. signed a memorandum of understanding for the venture on Dec. 17 in Tbilisi.

RP Global is an Austrian-based development company and Svaneti Hydro is a Georgian company specifically established for the hydroelectric project. Together with Galt & Taggart, the entire consortium “will carry out construction of the power plant,” according to published reports.

Hydroelectric power from the station will be exported and sold locally, but the Ministry of Energy has not yet announced a breakdown for the export/local distribution.

On average, Georgia supplies 10% to 15% of its annual energy consumption from domestically generated thermal power and electricity imports. State energy policy seeks to completely replace electricity imports and thermal generation with hydropower resources, according to the ministry.

In total, Georgia expects to develop about 2,500 MW of new hydroelectric plants before 2020. Published estimates indicate the country has several potential hydroelectric generation sites that, if developed, could meet its growing domestic demand.

By financing the majority of costs for future hydroelectric projects, the Georgian Ministry of Energy thinks the county will become more self-reliant.

“These are significant investments — $45 million, which will contribute to both the rapid development of our energy potential and strengthening the country’s regions, creating new jobs,” Kaladze said.