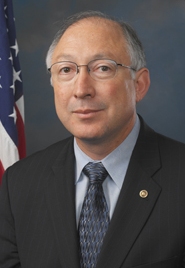 U.S. Secretary of the Interior Ken Salazar has announced that he will leave the government agency by the end of March, having fulfilled the four-year commitment he made to President Barack Obama.

Salazar, who accepted the position on Obama’s cabinet after having served as Colorado Attorney General and a U.S. Senator for 14 continuous years, said the decision was fueled by personal reasons.

“Colorado is and will always be my home,” Salazar said. “I look forward to returning to my family and Colorado after eight years in Washington, D.C.”

Since being selected as Secretary of the Interior in October 2008, Salazar has played a strong role in helping shape the President’s “all-of-the-above” energy plan which includes both hydroelectric and conventional energies.

The U.S. Department of the Interior said that since 2009, the agency under Salazar has authorized more than 30 wind, geothermal, solar and hydropower projects on public lands that will have a combined capacity of 10.4 GW.

Most recently, HydroWorld.com reported that the Salazar-led DOI had endorsed legislation that would have eased the development of small hydropower projects in Bureau of Reclamation canals and ditches, though that bill not come to a Senate vote before the 112th Congress dissolved in 2012.

“I am proud of the renewable energy revolution that we have launched,” Salazar said.