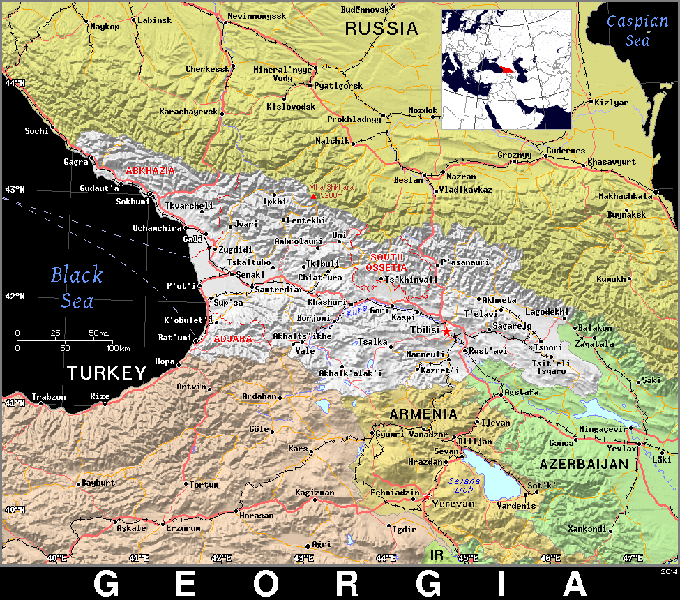 Salini Impregilo announced it has signed a US$575 million engineering, procurement and construction contract to design and construct portions of the 280-MW Nenskra hydroelectric project on the Nenskra River in the Svaneti district of Northwest Georgia.

Work on the project began the first week of September and has a 62-month construction period.

According to a Salini Impregilo press release, “The project consists of a dam, pressure tunnel, surge tank, penstock and powerhouse. Additionally, a transfer tunnel will convey water from Nakra River to the new Nenskra Dam Reservoir to improve the performance of the project.”

The World Bank, which on Sept. 2 listed the project’s capacity at 210 MW, said the Nenskra Dam, reservoir and water delivery systems were initially conceived in 2009 and 2010. After various visits to the project area, the process culminated with a pre-feasibility study released in March 2010. Stucky Ltd., an engineering firm based in Vaud, Switzerland, produced a detailed feasibility study in May 2011.

After considering site conditions in the Nenskra River basin, developers decided to build an asphalt faced rockfill dam. Salini Impregilo said, “The peculiarity of the structure is the 65-meter-deep cutoff wall to be realized throughout the alluvial deposit on the riverbed.” 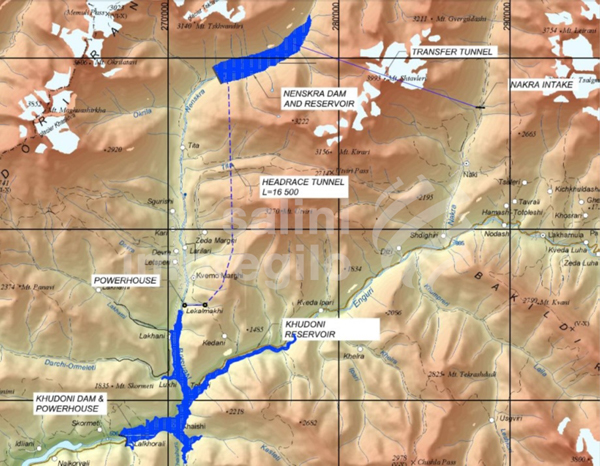 The main dam is 135 meters in height and 820 meters in length on the upper Nenskra River, creating a live storage of about 182 million m3. The reservoir would directly capture the flow of Nenskra River and indirectly fill with flow from the adjacent Nakra River via a transfer tunnel.

A 12.4-kilometer-long, 4.5-meter-diameter transfer tunnel is slated to convey flow from an intake on the Nakra River to the Nenskra Dam catchment area. The free-flow transfer tunnel optimizes the 725 m head, which is at a point upstream from an existing hydroelectric project that also utilizes the Nakra River. The Enguri River basin, to which Nakra River is a tributary, sources flow into the 700-MW Khudoni hydroelectric project.

The Nenskra Reservoir sends flow downstream to the facility’s powerhouse via a 16.5-kilometer-long headrace tunnel that runs parallel to the Nenskra River and connects to a 4.5-meter-diameter pressure shaft and penstock.

Salini Impregilo said, “The project is capable of providing, on average, a total annual energy generation of 1,219 GWh, [with] 259 GWh of guaranteed supply in the winter months and maximizes export benefits in the summer months. The power will be distributed through a 220 kV transmission line to Akhari-Jvari substation.”