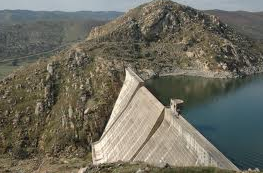 The San Diego County Water Authority (SDCWA) this week issued a Request for Proposals for a potential 500-MW San Vicente pumped-storage hydropower project at the San Vicente Reservoir in San Diego, Calif., according to SDCWA.

The potential US$1 billion project would consist of a closed-loop interconnection and pumping system between the existing San Vicente Reservoir (which is owned by the City of San Diego) near Lakeside and a new, smaller reservoir located uphill.

In January, a report on HydroWorld.com indicated SDCWA and the city of San Diego reached out to electric utilities, developers, investors and energy off-takers to help gauge interest in participating in the potential project through a release of a joint Request for Letters of Interest.

In March, the SDCWA Board authorized the agency to begin seeking detailed proposals for a potential energy storage facility. According to SDCWA, the solicitation drew responses from 18 qualified entities.

“This potential project is an exciting and innovative opportunity to optimize our water facilities to benefit our ratepayers while helping the region as a whole meet its energy needs,” said Mark Muir, SDCWA Board of Directors chair. “The competitive bidding process will help ensure this potential project delivers maximum value.”