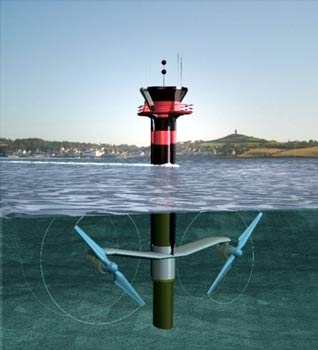 Siemens acquired a minority stake in MCT in 2010, at which point the Bristol-based group had successfully implemented its first commercial demonstrator project, SeaGen, in Northern Ireland’s Strangford Lough.

Siemens increased its share in MCT in November 2011, before acquiring the majority stake in February 2012.

“A dedicated tidal power industry of critical size will develop in the near future,” the company said in a release. “But due to the limited resources, it would be a niche market for Siemens.”

Divestment of the MHK arm will likely take several months, according to Siemens, and will potentially affect 45 people currently employed by MCT. Siemens said it will offer “complete support” for the redeployment or outplacement for MCT employees, should the company not find a buyer.

Marine Current Turbines announced earlier this year that it had signed an agreement with Bluewater Energy Services B.V. to develop a 2 MW turbine for installation in Canada’s Bay of Fundy.

Meanwhile, Siemens opened a 25,000 square foot SeaGen manufacturing facility this past April was intended to produce units initially to be used for the 10-MW Skerries array in Wales and 8-MW Kyle Rhea array in Scotland — both of which were set for construction beginning in 2015.

The company did not specify what its decision means for its current projects.

Siemens’ announcement is another blow to the MHK sector, which earlier this week learned that Scottish developer Pelamis Wave Power had been placed into administration after being unable to secure additional funding for development of its technology. (5)