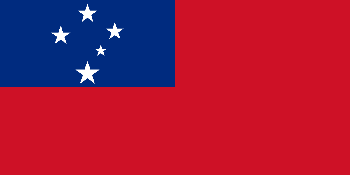 Hydropower capacity in the South Pacific continues to increase via the Samoa Renewable Energy Development and Power Sector Rehabilitation Project, with the completed rehabilitation of three small hydro plants on Upolu Island.

Upolu Island and Savai’i Island are part of the Independent State of Samoa, commonly known as Western Samoa until 1997. The nation is located in the Polynesian region of the Pacific Ocean, about halfway between Hawaii and New Zealand.

State-owned utility, Samoa Electric Power Corp., owns and operates the refurbished plants, which include: 1.74-MW Fale ole Fee, 1.9-MW Samasoni, and 1.05-MW Alaoa. Knocked offline in December 2012 by Cyclone Evan, the plants were commissioned today after a ceremony on Upolu in the capital city of Apia.

The program is also supporting the development, construction and commissioning of plants on Upolu that include: 190-kW Faleaseela, 460-kW Fausaga-Tafitoala and 700-kW Fuluasou; and the 160-kW Faleata plant on Savai’i. Although Savai’i is the larger of the two islands, most of the nation’s population lives on Upolu.

The Samoa Renewable Energy Development and Power Sector Rehabilitation Project is a grant and loan program approved by the ADB Board of Directors in November 2013, and became effective in May 2014. The vehicle was developed to maintain existing hydro facilities as well as build new small hydro facilities.

According to the government, energy demand is currently met by three main sources: 68% from petroleum products including diesel, petrol, kerosene and LPG; 30% biomass; 2% hydropower; and other small contributions from renewable resources such as solar and biofuels.

ADB is the implementing organization for the funding, which includes contributions from itself, the European Union International Cooperation Agency and the governments of New Zealand and Samoa.

In 2013,  US$23.8 million was allocated towards the rehabilitation project through a series of ADB grants including $10 million sourced from its Asian Development Fund, an $8.21 million grant from its Disaster Relief Fund, and a $1 million grant provided by the Multi-Donor Clean Energy Fund. The government of Samoa contributed $4.6 million.

In March, the government said about $13.2 million was allocated to build Fuluasou. The Samoan government is investing $5.63 million, and grants from the EU and New Zealand are $5.06 million and $2.49 million respectively.

“New Zealand has been involved in supporting renewable energy development and initiatives in Samoa for many years, and we are pleased to see Samoa get another step closer to its goal of 100% renewable energy generation capability with the commissioning of these three hydropower plants,” said David Nicholson, New Zealand high commissioner to Samoa.

According to its Pacific Energy Update 2017, ADB said its direct investment for hydropower development in Samoa is about $45 million.