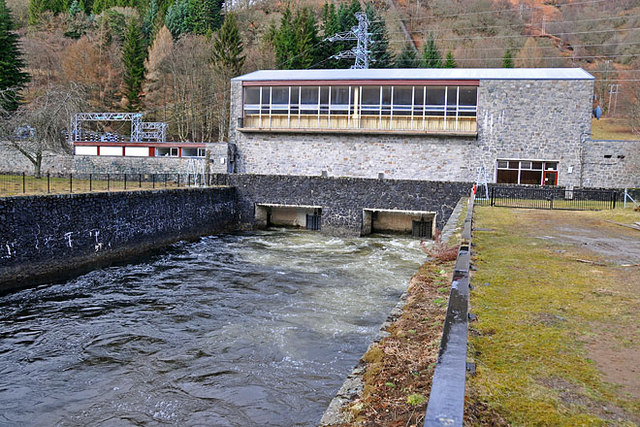 In the first session in the Hydropower Trends and Innovations track at POWER-GEN International 2018, several experts covered the topic of Small Hydro: The Ultimate Distributed Energy from diverse points of view.

The first presentation covered an approach for developing a small hydro project in Kenya.

For context, Kenya’s energy mix is 31% hydro, with a total installed capacity of 2,700 MW. However, hydro potential in the country is 3,000 MW. One driver for small hydro development in Kenya is that its feed-in tariff program includes small hydro, up to 10 MW. Additionally, the only electricity offtaker in the country, Kenya Power, considers small hydropower to be a baseload resource.

Patrick Kimathi and Mwaura “Felix” Njogu, representing Skynotch Energy Africa, gave a presentation on the unique approach for developing the 7.8-MW Mutunguru hydropower project in Meru County, Kenya. This fascinating run-of-river facility was developed under a community developer business model, with 1,200 households becoming members of a public company to own the project, along with private developers/partners.

The Mutunguru plant is expected to be connected to the grid by December 2020.

Glen Harrison with ABB discussed a low-cost operations center for eight small hydroelectric plants. The client was H2O Power in Ontario, Canada, and all plants were nearing, or had passed, 100 years old. With a goal of reducing the ongoing cost of operations, the owner hired ABB to consolidate operations into one primary control center that was nearly 2,000 km from the plants. Through a modern SCADA HMI package, the client was able to centrally control the units with nearly 100% reliability.

Next, Bo Hadjerioua with Oak Ridge National Laboratory, presented information on how hydropower fits into the total energy mix in the U.S., with a specific focus on small hydro. Total small hydro capacity is 3,612 MW across 1,646 plants, compared with total installed hydropower capacity of 80,089 MW across 2,248 plants and a total overall electricity generating capacity of 1,084,783 MW. Additionally, 402 MW of small hydro development is planned, and untapped technical potential at non-powered dams and new stream-reach development equals to 2,500 MW and 4,321 MW, respectively.

Examples he shared of small hydroelectric development work recently accomplished in the U.S. included a project built using an irrigation canal and a powerhouse added to take advantage of the energy in the minimum flow release from a dam.

And Danny Miles with Snohomish County Public Utility District covered his company’s recently completed Hancock Creek and Calligan Creek hydro projects. Commercial operation of both 6-MW facilities occurred in March 2018. In total they cost about $56.5 million to develop, with the bulk of the cost attributed to the actual civil construction work (building the diversion, intake, powerhouse, etc.).

The two sites had very similar hydraulic characteristics, so they were similarly designed and built. And they are valuable examples of small hydro development work actively occurring in the U.S., which is needed but hasn’t been a big growth area overall.

All of the presenters had different points of view but one key message: Small hydro is a valuable resource that is being developed worldwide, and significant untapped potential exists.