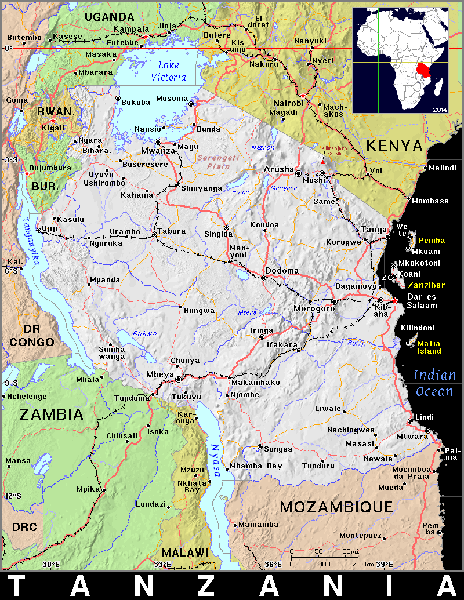 The government of Tanzania is launching a pre-feasibility study for a multi-purpose hydropower scheme that would include the proposed 300-MW Kikonge hydroelectric facility. The scheme also includes a dam, an impoundment of the Ruhuhu River that has 6 billion m3 capacity and transmission lines, according to an Aug. 2 announcement from the African Development Bank Group (ADBG).

The African Water Facility (AWF), hosted and managed by the ADBG, estimates the entire pre-feasibility study will likely cost around US$2.8 million and take 22 months to complete. The organization is an initiative led by the African Ministers’ Council on Water to mobilize resources to finance water resources development activities in Africa.

According to the ADBG, the AWF will fund the majority of the study at $2.2 million; the Climate Resilient Infrastructure Development Facility will provide $335,000; and the Tanzanian government will contribute about $223,000.

The study will cover the dam and its reservoir, the associated hydropower plant, a high voltage transmission line, irrigation scheme and agro-business development.

Once the hydroelectric plant is commissioned, Tanzania will have a 53% increase of the country’s hydropower capacity, according to the ADBG.

Low water flows and falling reservoir levels caused the Tanzania Electric Supply Co. (Tanesco) to shutter all of its hydroelectric power projects in October 2015, when according to Tanesco, the flow percentage dipped below 20% amidst a prolonged drought.

According to the state-owned utility, the company’s hydropower plants typically supply about 35% of its cumulative power. Officials think the proposed Ruhuhu River impoundment will provide consistent flow to the Kikonge project, which should help stabilize the energy supply throughout the year instead of depending on rainy season inflows.

The reservoir should also reduce the impact of damage from floods on infrastructure and economic activities, and create positive impacts on the ecological features on the shores of Lake Nyasa.