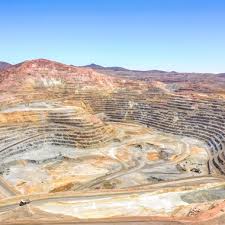 Carmen de Andacollo is a copper mine in the Coquimbo Region of central Chile, about 350 km north of Santiago. Teck owns a 90% interest in the mine and Empresa Nacional de Minerà­a holds the remaining 10%.

Under the agreement, CdA will source 72 MW (550 GWh/year) from AES Gener’s renewable portfolio of wind, solar and hydroelectric energy. The company owns and operates 3,615 MW of energy generating assets in Chile, comprised of 3,068 MW of thermoelectric, 271 MW of hydroelectric, 110 MW of wind, 92 MW of solar photovoltaic and 13 MW of biomass capacity, in addition to 62 MW of battery energy storage systems.

For Teck, the transition will replace previous fossil fuel power sources and eliminate about 200,000 tonnes of greenhouse gas emissions annually, the equivalent to removing over 40,000 passenger vehicles from the road.

“Teck is tackling the global challenge of climate change by reducing the carbon footprint of our operations and working towards our goal of becoming carbon neutral,” said Don Lindsay, president and chief executive officer of Teck. “This agreement takes Teck a step closer to achieving our sustainability goals, while also ensuring a reliable, long-term clean power supply for CdA at a reduced cost to Teck.”

As part of its updated Sustainability Strategy, Teck has set the goal of being a carbon-neutral operator by 2050. In support of that that objective, Teck has established milestone goals, including sourcing 100% of all power needs in Chile from renewable power by 2030 and reducing the carbon intensity of operations by 33% by 2030.

Teck previously announced an agreement with AES Gener to supply renewable power for the Quebrada Blanca Phase 2 (QB2) project under construction. Once effective, more than 50% of QB2’s total operating power needs will be from renewable sources.

Teck is a diversified resource company headquartered in Vancouver, Canada, with major business units focused on copper, steelmaking coal and zinc, as well as investments in energy assets.

AES Corp. is a Fortune 500 global power company that provides affordable, sustainable energy to 14 countries through its portfolio of distribution businesses, as well as thermal and renewable generation facilities.

AES Gener generates and sells electricity in Chile, Colombia and Argentina with the mission of improving lives by accelerating a safer and greener energy future. The company operates a total installed capacity of 5,299 MW in the region, along with an extensive portfolio of renewable energy projects under development. AES Gener is 66.7% owned by The AES Corporation.