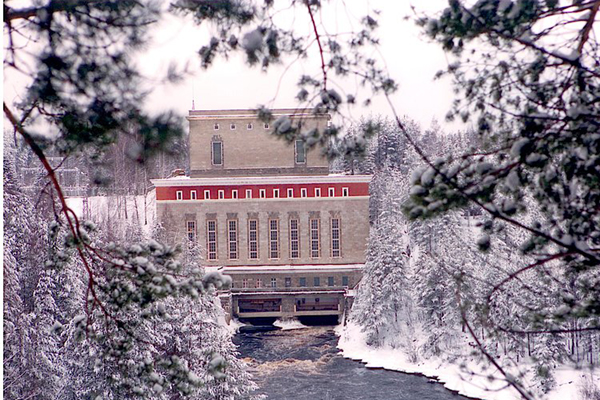 Joint Stock Co. (JSC) Territorial Generating Company No. 1 (TGC-1) announced it has completed a two-year rehabilitation project at the 25-MW Palyeozerskaya hydroelectric plant. The plant is located in the Republic of Karelia on the Suna River in the settlement of Girvas, in northwestern Russia about 245 mi east of Finland.

The cost of the project is not immediately known.

JSC TGC-1 is the leading producer of electricity and heat in the northwest region of Russia and the second largest territorial generating company in Russia in terms of installed capacity, according to JSC TGC-1. The company operates 54 electric generating stations in four regions of Russia that include St. Petersburg, Republic of Karelia, Leningrad Oblast and Murmansk Oblast.

The 25.6-MW Kondopozhskaya hydroelectric facility, also on the Suna River, was the pilot project for the implementation of the small electro cylinder control system in the northwest, according to Evgeny Lopatin, director of JSC TGC-1 Suna hydropower plants cascade.

“The equipment worked well on a 4.2 MW hydroelectric unit, so we decided to install it on a more powerful turbine. Since our contractors already had the required experience, all necessary work at Palyeozerskaya was finished ahead of schedule,” he said.

Units No. 1 and 2 each have installed electro cylinders and auxiliary equipment that exercise operations control. The controllers work simultaneously and conduct self- and cross-diagnosis. In addition, the two hydroelectric units now have a general controller that can enable the emergency protection system.

These technologies allow for the most reliable and uninterrupted energy supply to consumers and better plant safety. Moreover, TGC-1 is upgrading all automated systems on this equipment, including relay protection, generator excitation systems and automatic process control systems.