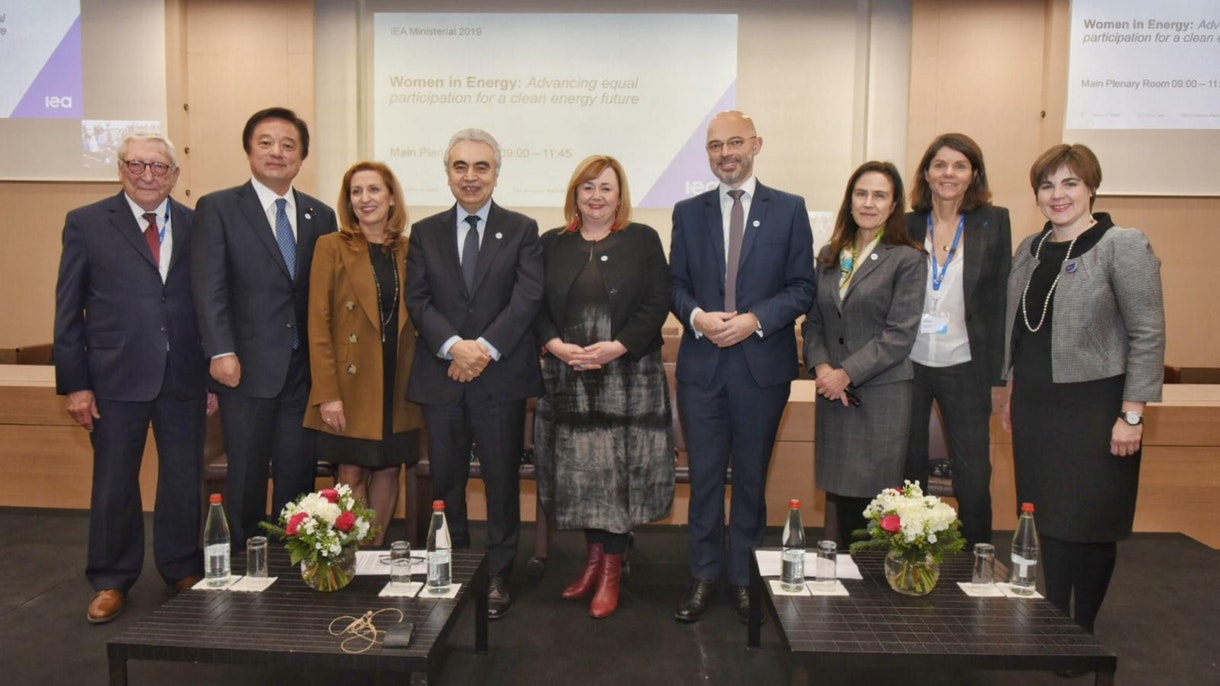 International Energy Agency says that improving gender diversity in the energy sector is an important measure of success.

IEA recently hosted a high-level event focused on how to advance gender diversity in the energy sector to support future workforce needs. The event was chaired by Christyne Tremblay, Canada’s Deputy Minister of Natural Resources, and Megan Woods, New Zealand’s Minister of Energy and Resources.

Other participants included ministers or senior government officials from Austria, Australia, Belgium, Finland, Germany, Italy, the Netherlands, Sweden, the United Kingdom and other IEA family countries, as well as executives from several major energy sector companies. At the event, the U.S. launched the C3E International Ambassador Programme, which gives all countries an opportunity to nominate individuals who will support governments’ efforts in improving gender diversity in the energy sector.

“Achieving a better gender balance is not only an issue of fairness. It is also good for results as well, as studies show that diverse organizations perform better,” said Dr Fatih Birol, IEA’s executive director.

Participants at the meeting emphasized the importance of integrating gender into energy policies, promoting female employment and careers, and sharing best practices. They welcomed the activities of C3E TCP, which aims to build a community of women leaders across a range of clean energy sectors, and the Equal by 30 campaign, which secures commitments from public and private sector organizations to work toward equal pay, equal leadership and equal opportunities for women in the clean energy sector by 2030. The meeting identified those two initiatives as platforms to exchange best practices and strengthen collaboration in several areas, including knowledge and data collection, recognition of female leadership, reducing barriers and raising ambition on implementation.

As our own small contribution to gender diversity, HYDROVISION International will host a Women with Hydro Vision awards program in 2020, as it has for the past several years. Click here to learn more, including how submit a deserving nominee for this award. HYDROVISION International – the world’s largest hydro industry event — takes place July 14 to 16 in Minneapolis, Minn., in the U.S.