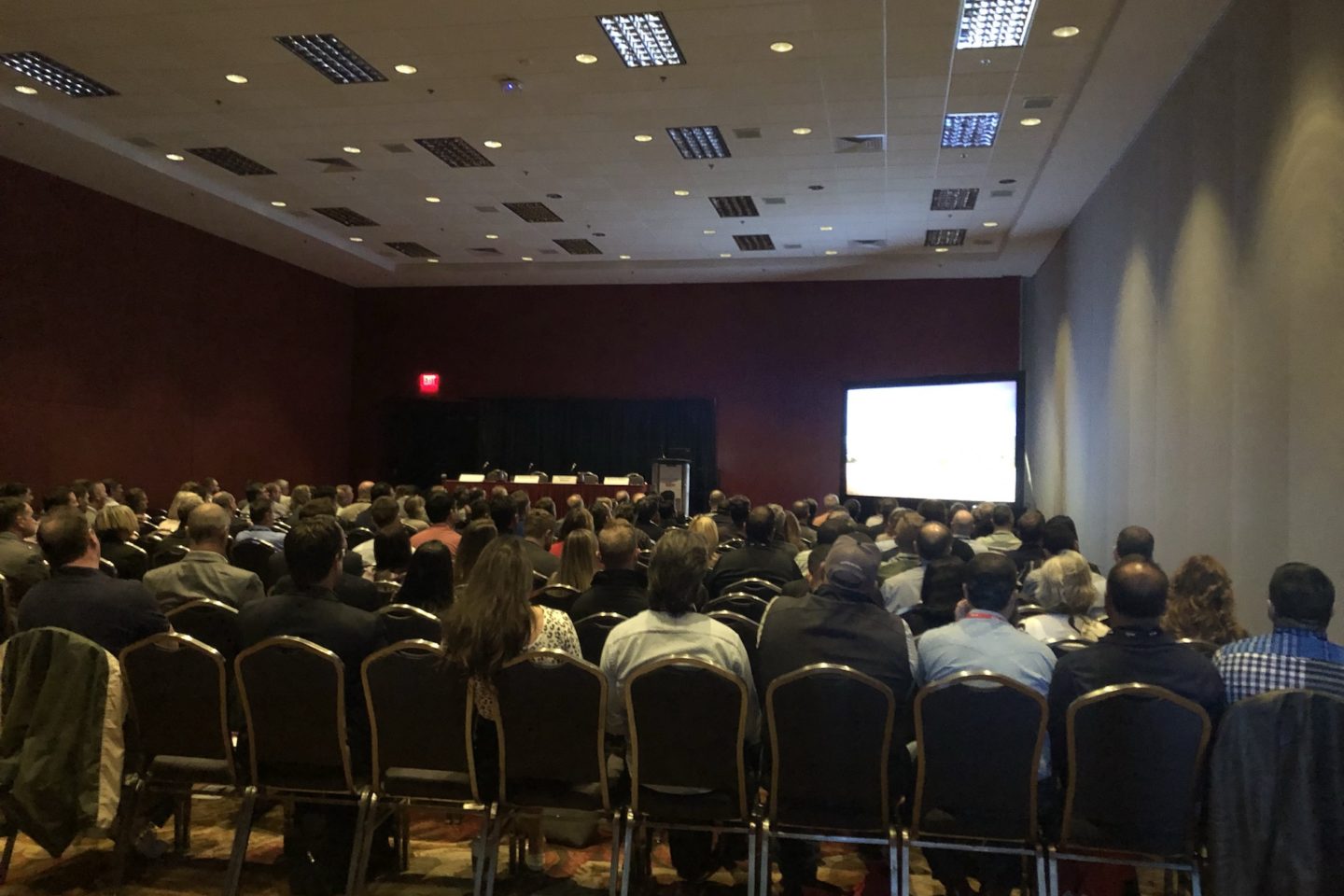 The first ever documentary screening at DISTRIBUTECH took place in a mega-session on Wednesday and was followed by a great panel discussion about the future of energy.

DISTRIBUTECH International attendees may recall the keynote speaker from two years ago, Michael Webber, who wowed the audience with a captivating presentation about the history and future of power in the world.

Webber has written a book, which has been turned into a documentary, with backers from Itron, CPS Energy and the EPICenter, which is in San Antonio. The film, Thirst for Power, was shown to attendees on Wednesday, January 30, 2020.

Thirst for Power takes the viewer on a trip through history, exploring how water and power have been intertwined for centuries. First, as a source of economic and military power as far back as the ancient Roman Empire. The film points out that the richest nations were those who could control water and explains that there is evidence that entire civilizations have collapsed and disappeared because of lack of water.

An interesting point made in the film is that the per person use of water today is pretty much the same as it was in Ancient Rome.

The film then turns to harnessing water for power: to mill grains, crush oil seeds or polish glass. In Annecy, France, the mechanical power of water was used to make metal objects like knives, iron pots, etc.

Turning then to the history of wastewater treatment, Thirst for Power explores the advent of sewers, delving (literally) into the sewers of Paris, which were a model of modern ingenuity when they were first designed and created.

However, the energy that we use to manage our waste is enormous, according to the film.

The film spends quite a bit of time on modern wastewater treatment in Austin, Texas, where, according to the film, the water downstream of the city is actually cleaner than the water upstream.

Next, the film moves into water for power generation, first looking at hydropower in the United States and linking that with the birth of the women’s rights movement, rural electrification and jobs. Then showing how it is related to the rise of environmentalism.

People don’t realize how much water is actually used for cooling large power plants. The film says that the power generation industry actually uses more water for cooling than the agricultural sector uses water for growing.

The message, that we have to manage our resources together as a global nation, is loud and clear by the end of the film.

The cinematography in the film is beautiful, with gorgeous shots of France, London, and the U.S. It’s definitely worth watching, if you missed the mega-session screening.

At the conclusion of the film Kimberly Britton, CEO at San Antonio’s EPICenter moderated a discussion with Michael Webber, Sharelynn Moore, SVP Networked Solutions at Itron and Paula Gold-Williams, CEO of CPS Energy, all of whom are stakeholders in the film.

Webber, a professor, explained that one of the reasons he wanted to make the documentary was reach. “When you write an academic paper, 20 people might read it,” he said, adding that when you make a film and hold screenings across the country, many more people are exposed to its message. Plus, Webber said it was a fun way to drag the family around the world.

Gold-Williams said that CPS wanted to be involved because the film shows what we are living every day. She added that the idea that utilities don’t think about water when they are building plants is “not true for us.” She said CPS always secures water rights when it builds power plants.

Moore said that Itron believes it can create a profitable, sustainable company that can do good for the world. “It’s a heartfelt mission for us,” she said. In addition to the film, there is curriculum that can be downloaded by teachers. Webber, who left the DTECH mega-session to go to another screening of the film for schoolchildren at a museum in San Antonio, said that the curriculum was downloaded around 7,000 times last month alone.