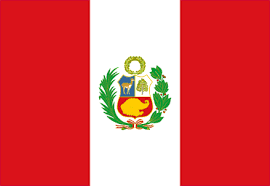 Each plant cost US$20 million to US$26 million to build, according to BNamericas.

Generadora de Energia del Peru operates these plants on the Chiamayo River in the Puno region.

Peru classifies hydroelectric plants with a capacity up to 20 MW as renewable. Contracts were awarded for these projects in 2010 in the country’s first renewable energy resources auction.

We recently announced that Luz del Sur signed a contract to develop the 480-MW Majes Siguas II hydro project in the country.