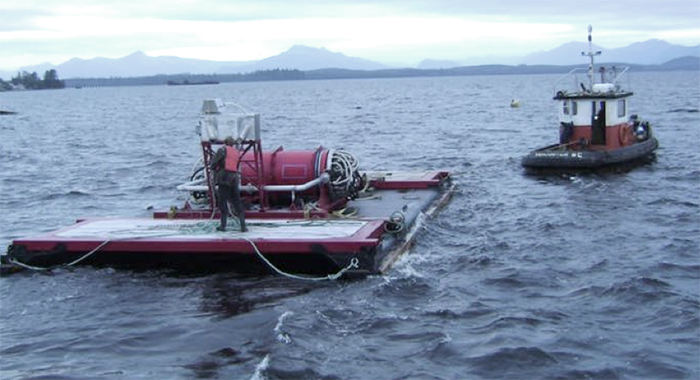 British Columbia-based tidal developer, Yourbrook Energy Systems Ltd., is testing what it calls a prototype of a shallow water tidal-powered generator pump that could one day be used as part of a pumped storage hydroelectric project.

The testing began last week in the Juskatla Narrows, which leads to the Juskatala Inlet at Haida Gwaii, an archipelago on the north coast of British Columbia, Canada. The testing is expected to last about three months, and the project is geared toward ultimately reducing part of Haida Gwaii’s dependence on diesel generated power. 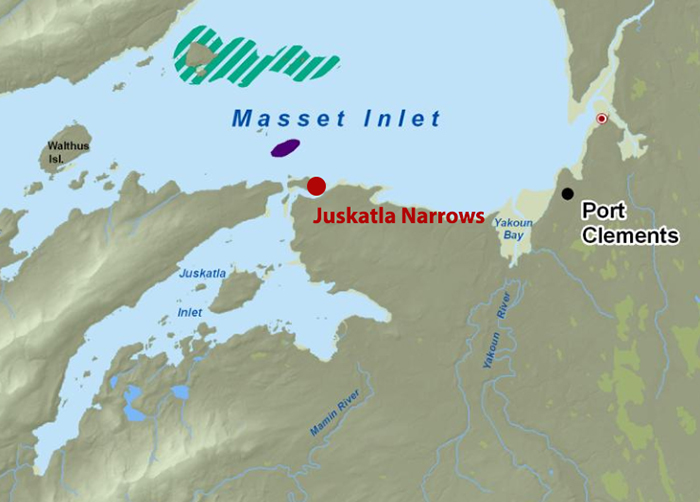 The device is basically “a big water pump,” according to Yourbrook Energy System President, Clyde Greenough. Tidal forces power “the pump and creates high pressure water, which is pumped up a hill to a reservoir and then high pressure water comes back down the hill and drives [conventional hydroelectric] turbines” he said.

According to BC Hydro, electricity is supplied to Haida Gwaii via BC Hydro’s Non Integrated Area from two separate generation-distribution systems: The North Grid and the South Grid.

BC Hydro undertook a Request for Expressions of Interest (RFEOI) in fall 2012 for projects interconnected to the North Grid only. In response to the RFEOI, BC Hydro received 26 submissions, one of which included the Yourbrook Energy Systems proposal. 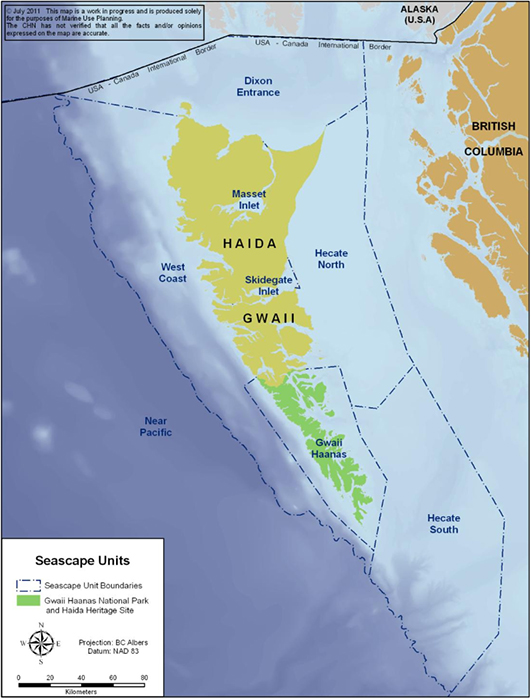 The North Grid on Haida Gwaii supplies Masset and Old Masset, and the surrounding area as far south as Port Clements. The Masset diesel generation system is comprised of six diesel generators with a combined capacity of 12.545 MW, which includes a combination of stationary, road mobile and semi-mobile units, according to BC Hydro.

BC Hydro said after reviewing the submissions and considering different process options, it decided not to proceed with a commercial process and formally concluded the RFEOI process on July 14, 2014.

Since that time, the Canadian National Research Council’s Industrial Research Assistance has provided C$280,000 in funding for research and development of the Yourbrook Energy prototype. According to published information, Yourbrook Energy will provide additional funding along with money expected to come from the Northern Development Initiative Trust.

If prototype testing is successful, the company said it intends to build a full-scale demonstration device.