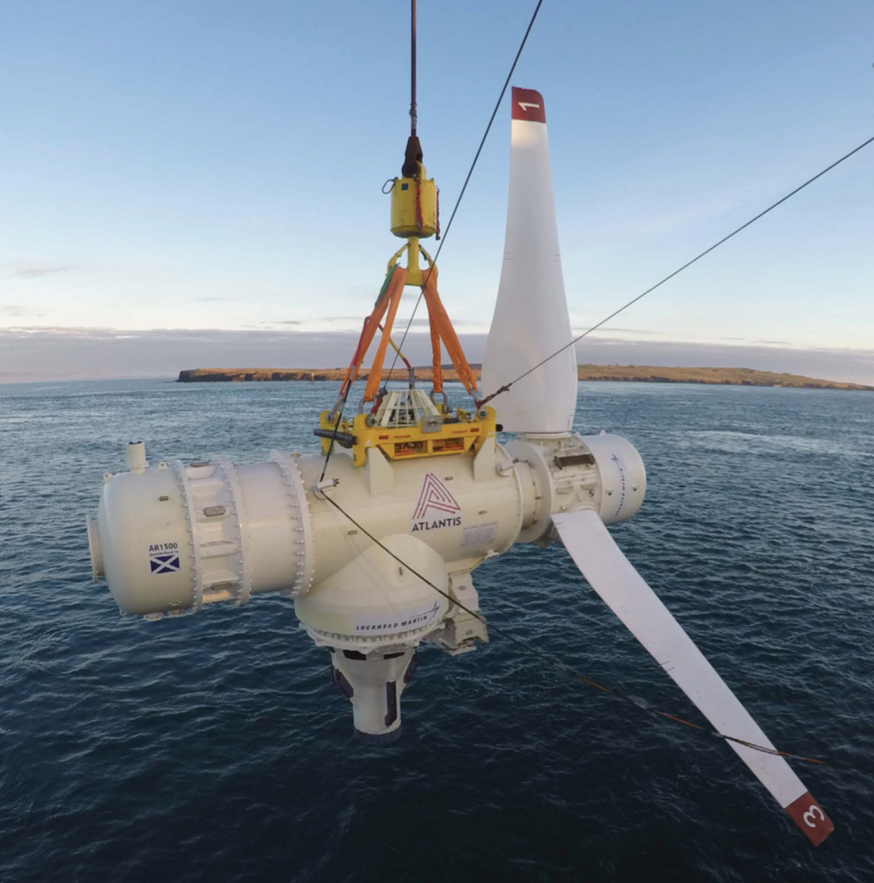 The information is contained the Atlantis Resources Corp. 2016 Annual Report, which was released on May 30.

In the company’s summary of results, Cornelius also said 2016 included one-off gains arising from the acquisition of Marine Current Turbines (MCT) of £9.2 million (US$11.9 million) and the disposal of 50% of Atlantis’ stake in Atlantis Operations Canada Ltd. (AOC) of £0.9 million (US$1.2 million).

According to Neill, the UK’s decision to exit from the European Union will not affect Atlantis Resources €37 million (US$41.5 million) of capital and revenue support awarded for Project Stroma, the next phase of the MeyGen project.

“This preserves our opportunity to use this project to demonstrate the cost reducing innovations, which are essential to the future viability of tidal power as it competes against longer established technologies,” Neill said.

Neill also said that since the MeyGen Phase 1A received full accreditation, “it receives five Renewables Obligation Certificates for each megawatt hour of generation.”

Through agreements signed in the first quarter of this years, Atlantis Resources is branching out into related energy project opportunities through its new Atlantis Energy division.

SBS says it is a UK-based marine and subsea development engineering and project management consultancy with a focus on projects in South East Asia, supporting many South East Asian clients from the UK since 1998.

The agreement will see Atlantis Resources supply turbines, engineering services and equipment for a 150-MW tidal-stream array located in Lombok, Indonesia. The project will be supported via a 25-year PPA with PT. Perusahan Listrik Negara (PLN), the state-owned electrical utility company.

SBS has been awarded exclusive development rights to three offshore sites, which are situated around the islands of Lombok and Bali and have a combined ocean energy capacity of 450 MW. Front end engineering and design and environmental impact assessment for the 12-MW Phase I is expected to commence this year.

In February, Atlantis entered into a partnership with Natural Energy Wire to develop the 160-MW Wyre tidal power project.

The plant will be located between Fleetwood and Knott’s End off of the Lancashire coast, according to Atlantis, and reflects the UK’s growing interest in exploiting the potential of its shorelines for marine hydrokinetic generation.