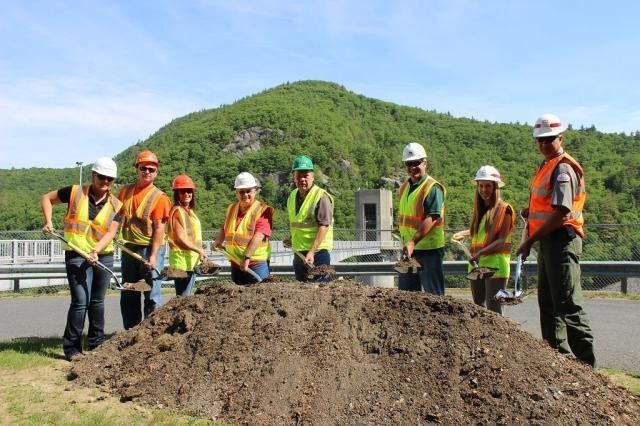 The 10-year infrastructure plan unveiled by the White House seem to have created just as many questions as it sought to address, though hydroelectric power seems to have a specific role in the President’s vision.

The 53-page document, officially titled the “Legislative Outline for Rebuilding Infrastructure in America“, would guarantee federal investments amounting to just $200 billion of its $1.5 trillion scope.

The burden of meeting the deficit would then fall to state and local governments, reflecting President Donald Trump’s desire to accelerate non-federal spending on capital projects.

Where local governances will find the $1.3 trillion to make up the shortfall remains to be seen, as does the federal government’s $200 billion contribution. White House officials alluded to unspecified tax cuts at a Saturday briefing, however, while also suggesting an increase in the federal gas tax is also a possibility.

Directives for how federal funds might be spent is ambiguous as well, with high-profile infrastructure proposals in some of the country’s most populated areas seemingly omitted and referred only to as “transformative” projects that would “lift the American spirit.”

Instead, much of the focus centers on improving road, communications and sanitation infrastructure in America’s rural areas with about a quarter of the total funding earmarked for those projects — despite declining numbers in non-urban populations, per data from the U.S. Department of Agriculture.

Critics have said the plan overemphasizes Trump’s core voting base to the detriment of metropolitan areas, though the President insisted he is simply forcing governments to prioritize their investment decisions.

“Let’s see how badly you want it,” Trump said during a meeting yesterday. “Because if you want it badly, you’re going to get it. And if you don’t want it, that’s OK with me too.”

What it Means for Hydro and Dams
Echoing the president’s statement, the plan “would encourage increased state, local and private investment in infrastructure” given that they are “best equipped to understand the infrastructure investments needs of their communities.”

As such, the plan creates an “Infrastructure Incentives Program” through which local municipalities would receive incentives in the form of grants to be administered by the U.S. Department of Transportation, U.S. Army Corps of Engineers and Environmental Protection Agency.

Hydropower and other water control-related infrastructure are some of several assets mentioned specifically, alongside surface transportation, airports, passenger rail and ports.

Hydro could also benefit from a broadening of the Water Infrastructure Finance and Innovation Act. Currently, the policy only covers “environmental enhancements” to existing facilities, but the plan would expand the category to include new construction, making them eligible for Private Activity Bonds.

Last for hydropower, the plan would amend current terms of the Water Resources Development Act of 1990 to restore authority to the Secretary of the Army to “determine whether operation and maintenance at hydropower facilities on USACE projects are commercial activities and appropriate for performance by non-Federal entities.” This would increase opportunities for non-federal hydroelectric development at government-owned infrastructure, while also leading “to more efficient operations and maintenance,” according to the document.

The only specific mention of funding for these programs in Trump’s infrastructure package comes through the creation of an “Interior Maintenance Fund” by the U.S. Treasury. This fund would be comprised of revenues accumulated from “mineral and energy development on Federal lands and waters”, and would be applied by the Department of the Interior toward maintaining its dam, power generating assets, bridges and irrigation networks.

Contributing in part to the country’s low marks was a “D” grade assigned to America’s dam infrastructure, which has only been further highlighted by events like the incident at California’s Oroville Dam last February and damage throughout the south in the 2016 hurricane season.

These amongst many other concerns about the aging status of dams across the U.S. have led members of congress from both parties to ask for more stringent dam safety protocols, and money for improvement and rehabilitation efforts.