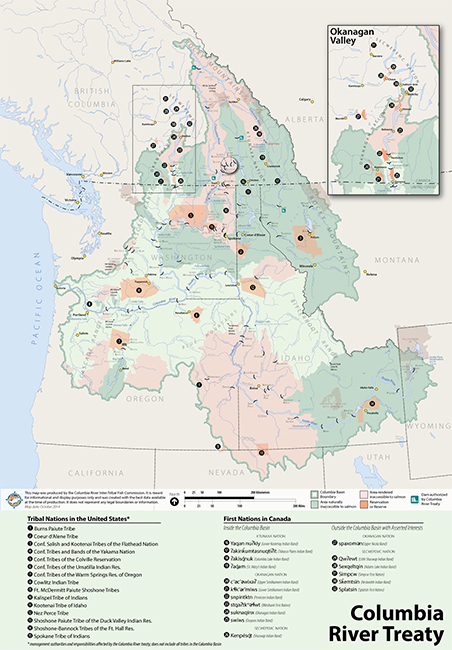 The U.S. State Department finalized Circular 175 in October, outlining and authorizing talks with Canada to modernize the Columbia River Treaty, which was signed in 1964. The government of Canada had refused to begin talks until the U.S. finalized its negotiating parameters.

The Circular 175 is based on regional recommendations from stakeholders in the Columbia River Basin. The recommendations balance ecosystem functions and community concerns, including hydropower generation and flood control, according to a press release from U.S. Sen. Maria Cantwell, D-Wash. Cantwell has been involved in legislation that is favorable to hydropower.

In 2015, Cantwell and 25 other members of the Pacific Northwest Congressional delegation sent a letter to U.S. President Barack Obama urging the administration to move forward with a strategy for addressing the treaty.

“The United States is officially ready to move forward on negotiating a new Columbia River Treatyâ€Ž,” said Cantwell after hearing the good news from U.S. Secretary of State John Kerry.

In March of this year, she spoke to Canadian Prime Minister Justin Trudeau about the need to move forward with negotiations. Cantwell continued her push in June, meeting with Canadian Ambassador David MacNaughton to discuss progress on the Canadian side.

Aaron Wolf, a professor at Oregon State University who specializes in water resources policy and conflict resolution, in published news reports said the U.S. and Canada have been working to update their understanding of the treaty and revision opportunities. “The United States has been counting on a lot of storage in Canada for flood control, and both sides have been managing cooperatively for hydropower,” he said. The new treaty will have to factor in fish populations, ecosystem and habitat management, public participation and tribal involvement, Wolf said.

He doesn’t expect the U.S. or Canada to consider a total renegotiation, “because that would scrap all the things that are good with the treaty,” but to pursue “a revised and modernized” treaty that incorporates those issues.