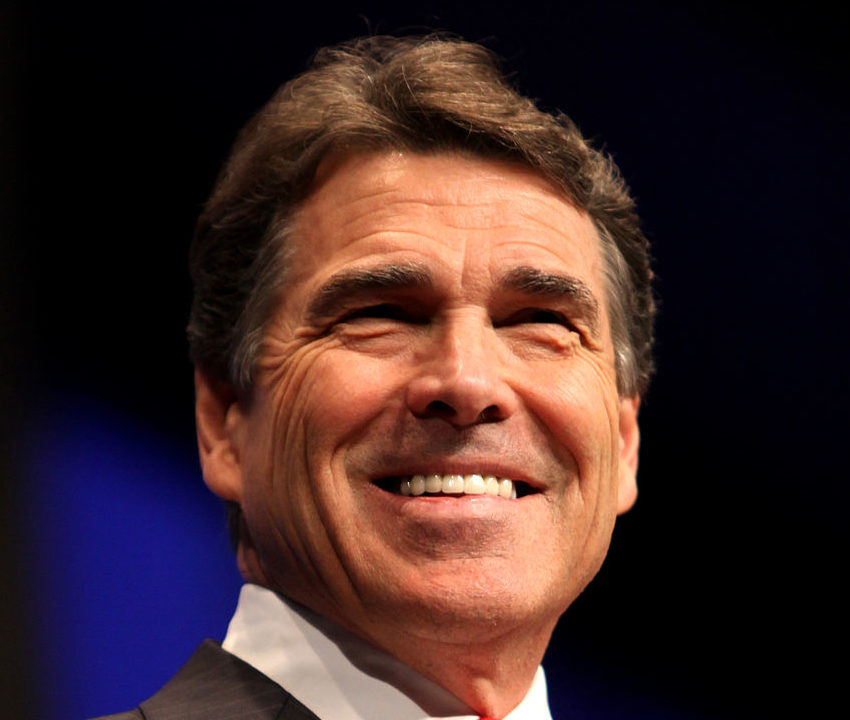 Rick Perry, Secretary of the U.S. Department of Energy, informed President Donald J. Trump on Oct. 17 that he will resign from his position, effective later this year.

According to a press release from DOE, “The Secretary is immensely grateful to President Trump and the American people for this opportunity to serve and looks forward to continuing to support the President’s agenda after he returns home to Texas later this year.”

DOE published the full resignation letter from Secretary Perry on its website. Below are some excerpts:

“The opportunity to serve in your Cabinet as the Secretary of Energy of the United States has been an extreme honor. The citizens of this country will continue to benefit greatly from the policies and accomplishments of your Administration for years to come. Your leadership has positively changed the course of this country, and there is much to be proud of, especially in the energy sector.

Mr. President, for decades, American Presidents have talked about the importance of energy independence. Under your watch, it has finally been achieved. We no longer depend on other nations for our energy supply-nor are we beholden to the geopolitics of other world leaders for our energy security. Instead, we arrive in their capitals espousing the benefits of American energy resources, technology and services. I can attest first hand that the demand for our product is stronger than it has ever been, and under your leadership that will only multiply.

The work being done across the Department of Energy and throughout our national labs to develop more abundant, less expensive and cleaner energy is world-class. From reviving our commercial nuclear energy industry to producing historic levels of domestic oil and gas and renewable energy, America has seen a remarkable turnaround in our energy industry.

I am proud to have established the Office of Cybersecurity, Energy Security and Emergency Response and the Office of Artificial Intelligence and Technology. These new offices will help to provide the underlying research and building blocks for government and the private sector to work together in tackling challenges and pursuing opportunities.

Now more than ever, I believe strongly in the mission of the Department of Energy. The people across the enterprise have a sincere commitment to this country. I feel comfortable that the Department is well prepared to continue this mission with new leadership at the helm.”

Perry, an original member of Trump’s cabinet who also ran for president in 2012 and 2016, was recently subpoenaed as part of an investigation into Trump’s request that Ukraine dig up dirt on his political rivals. Perry, a Republican, led a delegation to Ukraine during the inauguration of President Volodymyr Zelensky in May.