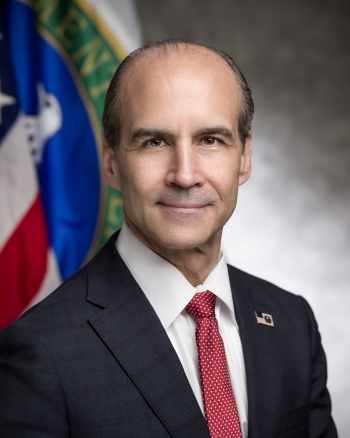 By a vote of 79-16 on Aug. 4, the U.S. Senate confirmed Mark W. Menezes to be the Deputy Secretary of Energy for the U.S. Department of Energy.

In this position, Menezes serves as the department’s principal advisor on energy policy and on a wide array of existing and emerging energy technologies. The Deputy Secretary is responsible for driving transformative energy progress and technology solutions through coordinated planning, management, and innovation. Before this confirmation, Menezes served as the Under Secretary of Energy under Secretary Dan Brouillette and former Secretary Rick Perry.

“I am very pleased to see the Senate come together to confirm my colleague and friend, Mark W. Menezes, to serve as Deputy Secretary of Energy,” said Brouillette. “Mark’s years of experience forming energy policy on Capitol Hill and advocating for sensible energy strategies in the private sector make him extremely well-suited to take on this role. Under the leadership of President Trump, we will continue to unleash American energy, providing jobs and economic opportunity across the Nation.”

“I am honored that President Trump and the members of the U.S. Senate have placed their confidence in me to serve as the Deputy Secretary of Energy,” said Menezes. “I will continue to work alongside Secretary Brouillette to advocate for the use of all of America’s abundant energy resources, broadening our supercomputing capabilities and innovation at our National Labs, and providing a strong national defense through a modern and dynamic National Nuclear Security Administration.”

Menezes held many positions within the energy sector before joining DOE, including as an executive at Berkshire Hathaway Energy, a partner at Hunton & Williams LLP, and a chief counsel, energy and environment, at U.S. House of Representatives Committee on Energy and Commerce. Before his service with House Energy and Commerce, Menezes was vice president with Central and South West and, upon its merger with American Electric Power, served as vice president and associate general counsel for federal and state legislative and regulatory affairs.

Menezes received both his undergraduate and juris doctor degrees from Louisiana State University.

DOE’s mission is to ensure America’s security and prosperity by addressing its energy, environmental and nuclear challenges through transformative science and technology solutions. The Water Power Technologies Office, in the Office of Energy Efficiency & Renewable Energy, supports hydropower, with one of its strategic goals being to increase the generation of electric power from renewable sources through reducing the cost of hydropower, solar, wind, wave and tidal, and geothermal power.