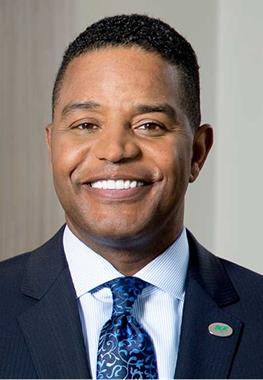 “With this strong leadership team in place, Exelon Utilities will continue to drive innovation and deliver the best possible results for our customers and the communities we serve,” said Christopher M. Crane, president and CEO of Exelon. “Calvin and Carim are part of a deep bench of talented industry leaders who are building Exelon’s next generation energy-grid with a focus on sustainability, resiliency, and reliability.”

Butler is an 11-year veteran of Exelon and has more than 25 years of leadership experience in the utilities industry and in regulatory, legislative and public affairs. As CEO of BGE, he was responsible for implementing the utility’s strategic priorities, including its initiatives related to safety, reliability, customer service, innovation and diversity and inclusion. Butler serves on BGE’s board of directors and on Exelon’s Executive Committee.

“Under Calvin’s leadership, BGE has made significant advancements in customer service and electric reliability, resulting in record customer satisfaction and solid financial results,” Crane said. “His strong track record will be invaluable as we further our commitment to provide clean, affordable and reliable energy in the communities we serve.”

His 14 years in the energy sector started with Constellation and BGE, which were acquired by Exelon in 2012. Khouzami served as chief integration officer for Exelon’s merger with Pepco Holdings, Inc. (PHI).  Before that, Khouzami was BGE’s chief financial officer during the company’s merger and integration with Exelon.

While serving as Constellation’s executive director of investor relations, Khouzami was ranked as the top investor relations professional in electric utilities by Institutional Investor in 2010. He previously held investment banking and financial analyst positions with Bear Stearns and Bank of America.