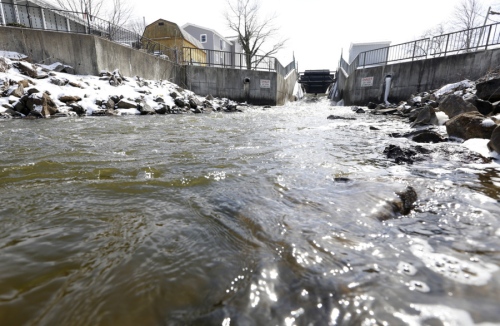 Ohio’s state Controlling Board, a panel that oversees state spending, recently approved a US$1.3 million release for design work and other pre-construction activities for the Buckeye Lake Dam rehabilitation project.

Work is scheduled to begin in March 2017, with a 2019 completion date, and includes replacing the current structure with a new dam.

Ohio lawmakers proposed $61.5 million be directed to the Buckeye Lake Dam rehabilitation project as part of a $2.6 billion capital budget introduced in late April 2015, according to the Ohio Department of Natural Resources.

The dam is a 4.1-miles-long, earthen embankment structure completed in 1832 that is located in portions of Licking and Fairfield counties. The structure impounds more than 4.5 billion gallons of water at its principal spillway level, potentially threatening about 3,000 people and 2,100 homes in the projected failure inundation zone that stretches more than two miles downstream.

In March 2015, the U.S. Army Corps of Engineers released a report that identified “serious problems” and a “significant risk to the public” and concluded the dam was at risk of failing.