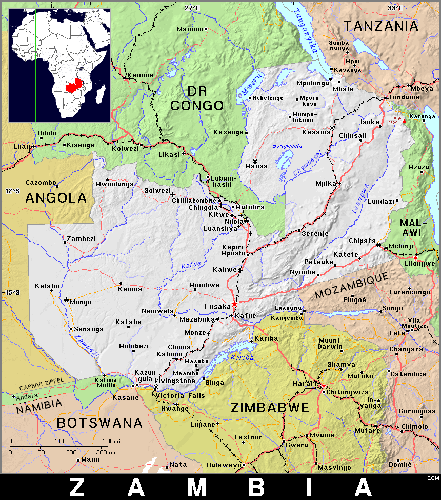 Power generation has begun at the US$156 million 120-MW Itezhi Tezhi hydropower project on the Kafue River on Zambia’s Kafue River, according to Itezhi Tezhi District Commissioner, Hendrix Kaimana.

The powerhouse has two 60-MW Kaplan turbines, and the project will provide renewable energy for national consumption and export, according to the European Union Africa Infrastructure Trust Fund.

The organization also said Itezhi Tezhi will help reduce the amount of fossil fuels used for power in the Southern African Power Pool and in Zambia.

“Kaimana said Unit One is generating 30 MW, which is being transmitted about 280 km from Itezhi-Tezhi to Lusaka via the newly-constructed 220 KV/330 KV transmission line.

“Currently we are only generating 30 MW from one unit, which is 50%,” said Maliwa Mukelabai, a mechanical engineer involved at the facility. “This is due to low water levels. When we have normal water levels we will be able to generate at full capacity of 60 MW for each unit.”