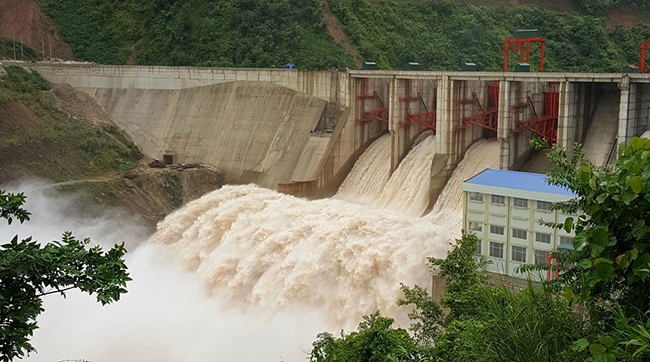 Details of the deal’s structure were not immediately available, but the transaction is scheduled to take place this month.

Bitexco was founded in 2007 and runs 18 hydropower plants in Vietnam, which have a combined total installed capacity of about 1,000 MW. Among its plants, the largest is the 190-MW Dak MI 4 located on the Vu Gia-Thu Bon River in Phuoc Son District-Quang Nam province. Commissioned in May 2012, the facility’s existing capacity can annually output enough energy for about 2.7 million people.

Orix, a financial services group that has offices in Minato, Tokyo and Osaka, Japan, is involved with solar, wind and geothermal projects both in Japan and internationally. The Bitexco investment is the company’s first venture into the hydropower industry.

According to numerous financial reports, UOB is the third-largest bank in Southeast Asia by total assets. The organization has nearly 70 branches in Singapore and its network of more than 500 offices is established in 19 countries and territories in Asia Pacific, Western Europe and North America.

“Hydropower is one of the most cost-efficient sources of electricity generation, and we believe Vietnam’s growth will continue to drive the demand for renewable energy,” said Seah Kian Wee, managing director and chairman, UOBVB.

Vietnam’s rapid growth of around 6.5% in recent years has had an effect on the country’s power needs. According to the General Statistics Office of Vietnam, it estimates electricity demand will continue to expand at annual growth rates of between 10% and 12%, rising from 169.8 TWh in 2015 to 615.2 TWh by 2030.

Vietnam is on course to have an installed capacity of 75 GW by 2020 that includes: 46.8% from coal plants; 24% from gas plants; and 19.6% from hydropower plants. In total, the country estimates renewables will make up nearly 4.5% of its energy mix and nuclear power plants will contribute about 2.1%.