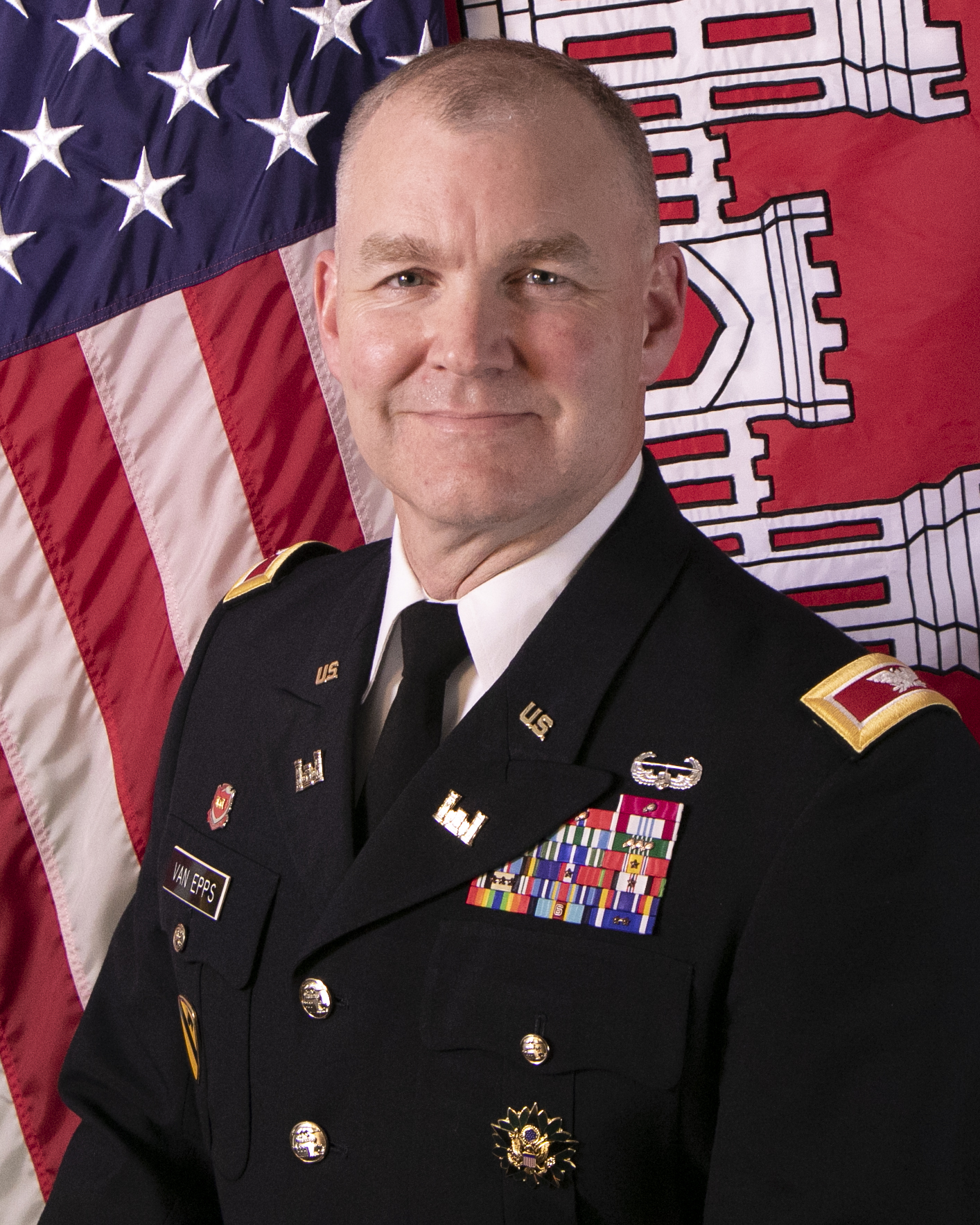 “I’m very pleased to be included in the story of this unit along with all its stellar employees, past and present,” said Van Epps. “Together, we’ll continue to develop our people, collaborate with our partners, and deliver the program for our country and corps.”

Van Epps was commissioned as an engineer officer from the U.S. Military Academy at West Point in 1995, where he received a Bachelor of Science in Civil Engineering. Van Epps also holds a master of science in engineering management from the University of Missouri at Rolla (now Missouri University of Science and Technology), a master’s degree in economics, finance and management from the Universitat Pompeu Fabra and a master’s degree in international relations from the Institut Barcelona d’Estudis Internacionals, earned while studying as an Olmsted Scholar in Barcelona, Spain.

Helmlinger is set to retire after a career spanning 33 years in USACE. His many previous assignments include command of the 14th Engineer Battalion in Iraq and command of USACE Districts in Germany and Afghanistan. He said the depth of Van Epps’ education and expertise will be a tremendous asset to the Northwestern Division as it confronts many of the nation’s most complex engineering challenges.

The Northwestern, or “Lewis and Clark,” Division is the largest division in USACE, covering almost one quarter of the land area in the lower 48 states, and employs more than 5,300 military and civilian employees. It administers five districts based in Kansas City, Mo.; Portland, Ore.; Seattle and Walla Walla, Wash.; and Omaha, Neb. Its responsibilities include managing the nation’s water resources infrastructure for economic growth and environmental sustainability, timely response to natural disasters, support to military installations and civilian communities throughout the region and strengthening national security.