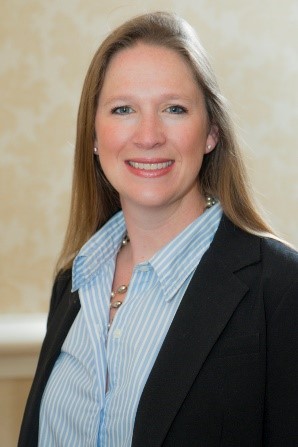 Vaughn has led international and national non-profits as an executive director, most recently as managing director and program director for the Hydro Research Foundation for the past eight years. Industry members know her through the foundation’s fellowship programs and the Hiring for Hydro project featured annually at NWHA conferences, as well as through her work as a track facilitator for HydroVision International.

“It is an honor to be selected as the new Executive Director of NWHA. As hydropower continues to grow, amid requests for increasing flexibility from competing demands, it is important that the hydropower industry has a focused and relevant voice advocating for, and guiding the conversation around, hydropower,” Vaughn said. “NWHA continues to be a grassroots group of members that deeply care about, and are committed to, having a thoughtful dialog about how we can continue to steward the resource. I am excited to support the legacy that NWHA has created over the past thirty years and help it succeed for the next thirty years.”

NWHA President Trey Acteson of Southeast Alaska Power Agency, expressed his support on behalf of NWHA’s Board. “I am absolutely thrilled with the selection of Ms. Vaughn as NWHA’s new Executive Director,” he said. “Through an exhaustive nationwide search, we found an exceptional individual who brings a perfect balance of hydro industry experience and a strong administrative skillset. I’m confident Ms. Vaughn will excel leading the association into the future.”

Lee will work with Vaughn as assistant executive director through March 2019.

Acteson added, “I would like to express my sincerest gratitude to Jan Lee, NWHA’s outgoing Executive Director, who has been at the helm since the association came into existence back in 1981. Ms. Lee was instrumental in building this great hydroelectric organization from bedrock and we are forever grateful for her unwavering dedication and outstanding contributions.”

NWHA was incorporated as a non-profit trade association in 1981 and represents 135 company members in 6 states and western Canada.