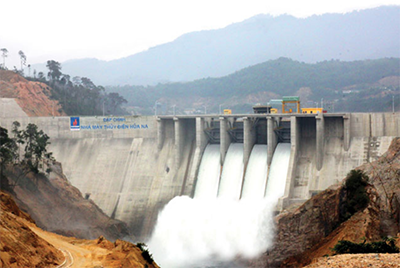 In addition to raising funds to increase its access to fossil fuel assets, the PV Power IPO is part of a broader move by Vietnam to increase private investment in its power generation sector, while lessening the government’s total ownership in power utilities.

Under its equitization plan, the government of Vietnam said it would reduce its stake in PV Power to 51% after PV Power becomes a joint-stock company.

For investors, access to Vietnam’s power generatioin industry could be beneficial.

According to Ho Chi Min City Securities Corp. brokerage firm, from 2016 to 2020 Vietnam’s electricity market is forecast to be the fastest-growing in Southeast Asia with annual power usage growth rate of 7.1%.

According to 2017 information from the U.S. government, self-financing and other sources of debt financing currently only meet about 66% of the total investment requirement for Vietnam’s power industry. Independent power producers are expected to carry a large portion of the investment in the power generation sector, including those to be developed by foreign investors.

From the IPO for 20% ownership, PV Power expects to receive at least US$297.23 million, according to HNX.

The market capitalization of PV Power at the share price of US$0.64 is estimated at $1.48 billion while its charter capital is projected at $1.04 billion after the equitization process is completed.

PV Power has a total installed capacity of about 4,208 MW, which includes one coal and three gas plants. Also included in its portfolio, the company’s three hydropower plants have about 308.2 MW of capacity that include:

PV Power was established in 2007 and is fully-owned by PVN. The utility is Vietnam’s second-largest power producer and its generation accounts for more than 10% of the national capacity, according to PVN.