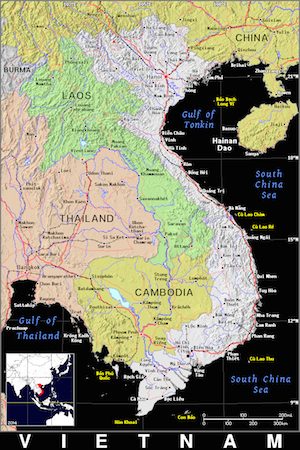 Vietnam’s Ministry of Industry and Trade (MOIT) today said it will remove 471 small and cascade hydropower plants from its Power Development Plan 7 (PDP 7) that would have had a combined installed capacity of 2,059 MW. MOIT also rejected another 213 potential projects because of environmental and efficiency concerns, according to locally published reports.

According to MOIT, eight of the projects removed from PDP 7 include: Pa Ma, Huoi Tao, Song Giang, Duc Xuyen, Dong Nai 6, Dong Nai 6A, Ta Lai and Ngoc Dinh, which combined have a capacity of 655 MW.

The other 463 small hydropower projects, defined by the MOIT as those generating 30 MW or less, have a total capacity of 1,404 MW.

The capacity of the other 213 potential projects is not immediately available.

Unveiled in late March, Vietnam’s revised PDP 7 set out a blueprint for expanding power generation by using a mix of energy sources. The plan foresees US$148 billion worth of investments in generation and distribution capacity through to 2030, with installed capacity to rise to more than 135 GW, according to published reports.

The decision to remove the plants was arrived upon after a three-year review conducted in collaboration with province legislative officials in which the hydropower projects were planned, according to MOIT.

Vietnam has 306 hydropower plants in operation that have a total installed capacity of about 15.5 GW. Additionally, another 193 projects (5.66 GW) are under construction and 245 (3 GW) are going through investment phases and 59 small capacity projects (421.88 MW) are under initial study.