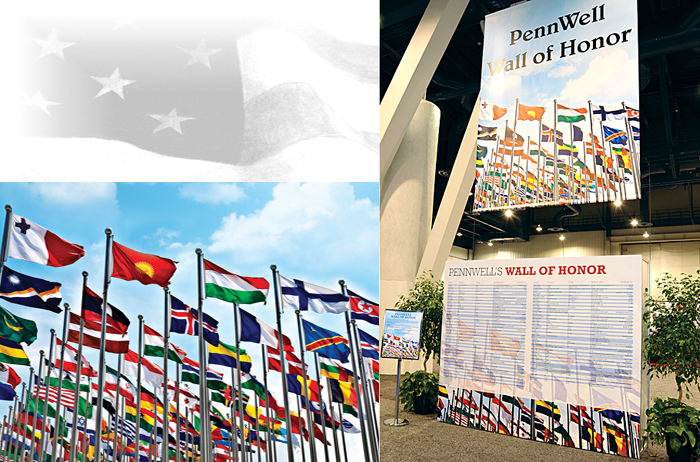 In April 2011, PennWell Corp. company officials decided to create the Wall of Honor, a traveling memorial that lists the names of past and present members of the United States military. The Wall of Honor is a display of several vertical panels designed to spark remembrance, reflection and respect for all who serve or have served in the U.S. armed forces.

The memorial appears at all PennWell Power Generation events in North America and includes the branch, company and name of each person honored.

As the June 17 deadline for inclusion approaches, here are two ways to become involved.

First, anyone can enter the name of a military member, free of charge, by simply filling out the necessary form located via the link to the Wall of Honor.

Secondly, corporations may purchase a sponsorship for its logo to appear on the memorial for one year.

PennWell donates all Wall of Honor sponsorship proceeds to the Blue Star Mothers of America Inc.

âˆ’ A full-color logo incorporated on the Wall of Honor;
âˆ’ Recognition in each event’s keynote presentation;
âˆ’ Visibility on signage at each of PennWell’s North America Power Events; and
âˆ’ Inclusion on each event website, electronic preliminary event guide and printed event guide.

PennWell’s military history
Patrick Boyle, PennWell’s founder, fought for the North in the Civil War. Many PennWell current and former employees as well as their children have also served the military.

For inclusion on the Wall of Honor at HydroVision International 2015, individuals must complete the form by June 29.

For corporate sponsorship opportunities, please contact one of the following people: