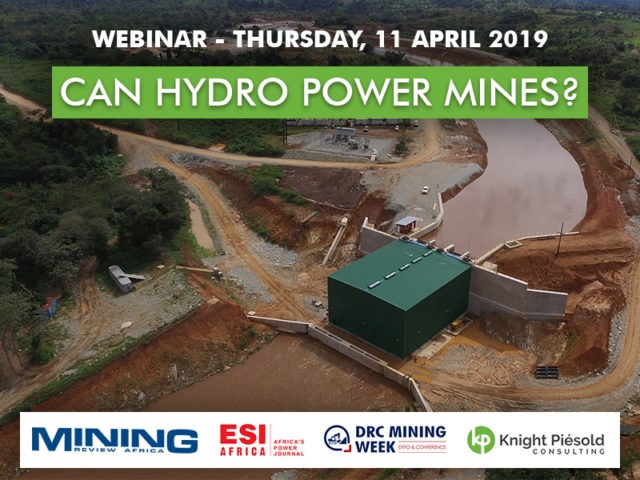 There is a growing need to use Africa’s vast hydro potential — whether pumped storage hydroelectric, run-of-river, or small hydropower systems — to boost reliability of power in remote areas, and specifically for the mining industry.

The potential is there, however, it’s not without its financial, operational and environmental challenges.

1. How can hydropower development benefit new and existing mining projects in remote parts of Africa?

2. Weighing in on the financial benefits — capex vs. opex vs. traditional diesel power supply.

3. How to incorporate hydropower into organizational corporate social responsibility for communities.

5. How can hydropower projects mitigate the effects of climate change to remain a relevant source of power for mining operations?