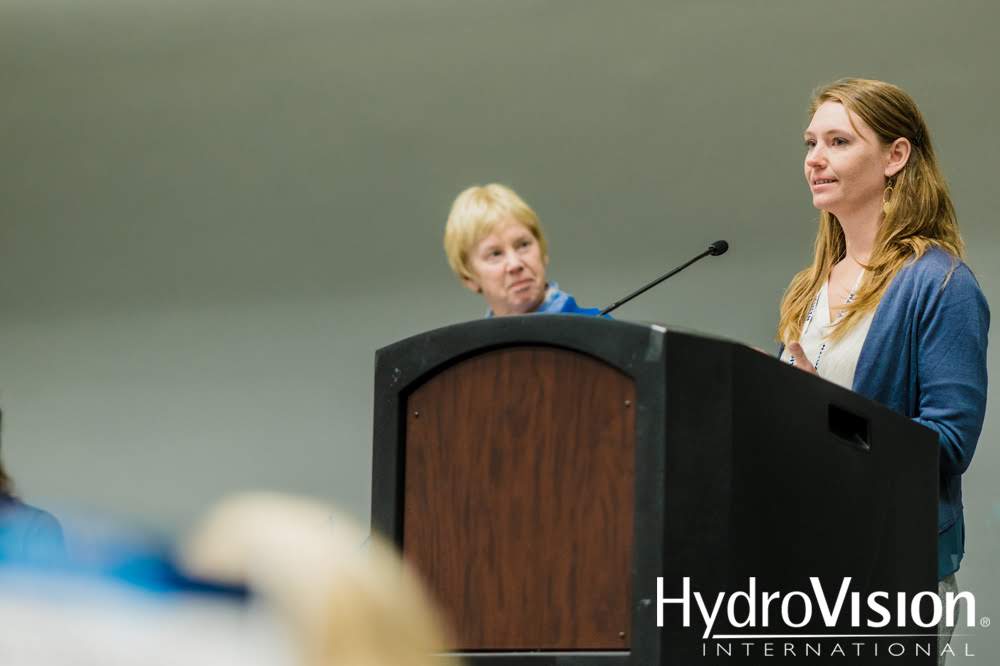 This year’s honorees are:

Ellen Faulkner, PE, is a senior project manager in Ayres’ Water Resources Group. She has worked primarily as a consultant for U.S. hydro project owners since beginning her career with Mead & Hunt in 1986, focusing on dam hydrologic safety and performance. In addition to supporting design, compliance, evaluation and licensing work for Ayres’ clients, she has served on several Boards of Consultants at FERC projects, where spillway capacity was a focus. When her children were young, she slowed her consulting pace and worked as a contributing and technical editor for Hydro Review and a HydroVision facilitator. Ellen is fond of reminding her adult daughter of a question she asked during this time: “Why do dads have real jobs but moms just talk on the phone all the time?”Ellen has a bachelor’s degree in geology from Bryn Mawr College and master’s degrees in civil and environmental engineering and water resources management from the University of Wisconsin-Madison. She holds professional engineer licensure in Wisconsin, Michigan and Missouri and is active in the Midwest Hydro Users Group and Women in Hydropower mentoring program.

Ilia Nobile is Installed Base P&S CoE leader Europe with GE Renewable Energy. She leads the EMEA Plant and Systems Center of Excellence for Service within the hydro business, and she is based in Switzerland. Ilia joined GE Hydro in 2013 and led the Plant and Grid Integration group within Advance Technology, mainly focusing on the integration and interaction of pumped storage variable speed technology into the transmission network, before moving to her current role at the beginning of 2020. Before joining GE, Ilia worked in the power industry holding various roles in a wide range of different companies worldwide, spanning from transmission system operators to industrial manufacturing and consulting companies. She holds a PhD in power systems from Washington State University.

Yiying Xiongis associate directorfor Great Lakes Bioenergy Research Center. Before her transition to bioenergy, she worked in the hydropower sector for 20 years. She was born and raised near China’s Three Gorges Dam, and the project inspired her to start a career as a hydropower engineer and was the first hydro project she worked on. Xiong has supported government agencies, development banks, financial institutions and power companies around the world on nearly 100 hydropower and dam projects, including dam safety, new development, asset acquisition, project financing, licensing and permitting, fish passage, dam decommissioning, river forecasting, reservoir operations and climate change. Xiong continues to serve the hydro industry through her involvement with the Midwest Hydro Users Group, International Commission on Large Dams, U.S. Society on Dams, “Women in Hydropower” mentorship program and American Society of Civil Engineers. She hopes to bring hydropower and bioenergy together to tackle climate change and clean energy challenges.

A luncheon will be held Sept. 22 in their honor during HYDROVISION International 2021, which takes place Sept. 21 to 23 in Spokane, Wash., U.S. Click here to register to attend the luncheon.