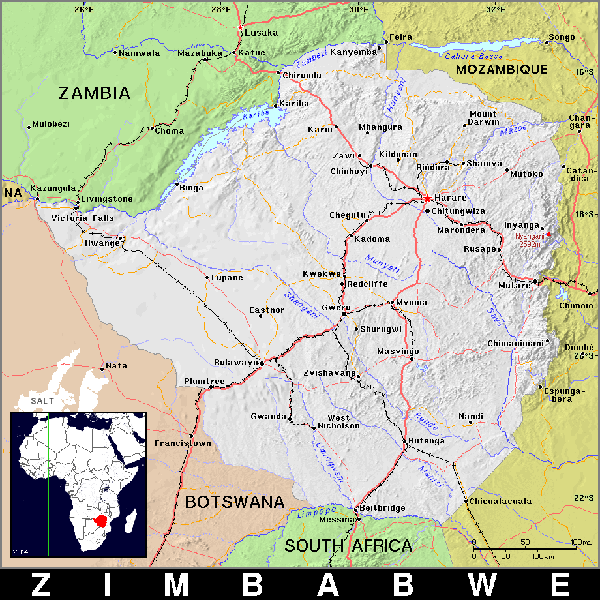 In March, work is expected to resume on the unfinished US$255 million 12-MW Tokwe-Mukosi hydroelectric facility, located in Masvingo, Zimbabwe, if the Zimbabwean government can raise $60 million needed to complete the facility’s dam and pay contractors.

The facility is home to the Tokwe Mukorsi Dam, an unfinished concrete-face rock-fill dam on the Tokwe River, just downstream of its confluence with the Mukorsi River, about 45 mi south of Masvingo.

Current contractor, Italy-based Salini Impregilio, began work at the site in 2008, but since that time numerous issues including funding, environmental and political situations have interrupted construction.

According to local reports, Tokwe-Mukosi Dam was about 90% complete when work stopped.

The latest funding increment is needed to complete work on fortifying the upstream side of the dam wall and construction of the right bank spillway tunnel and penstocks.

Munyonga said construction work would resume at the end of March, which is when the rainy season should end.

“Work on the construction of Tokwe-Mukosi Dam is expected to resume soon after the rainy season,” she said. “This is so because part of the outstanding works, which is the outlet works, cannot be carried out while there is still some water passing through.”