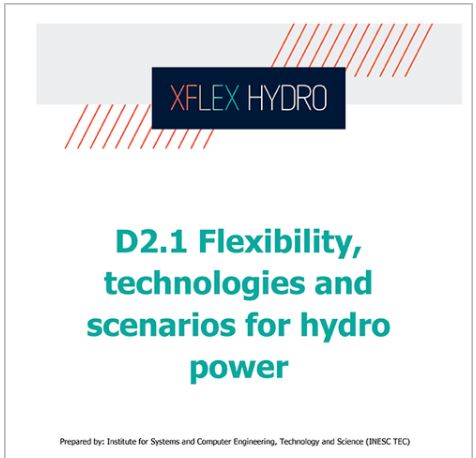 Flexible energy sources such as hydropower are increasingly important to balance growing variable sources, primarily wind and solar, in the power grid. Meanwhile decarbonization efforts are leading to the decommissioning of fossil-fueled plants. Both these factors are reducing the capacity of grid operators to provide regulating power to ensure the continuous load-generation balance necessary for grid stability.

The changing energy mix requires new short-term flexibility and system support services, known as ancillary services, which the XFLEX HYDRO initiative is demonstrating can be provided by new hydropower technologies.

Nineteen organizations are collaborating on XFLEX HYDRO, which aims to show how more flexible hydropower facilities can help countries to meet their renewable energy targets. The €18 million (US$21.6 million) four-year project was launched in December 2019 at the United Nations Climate Change Conference. Focused on seven demonstration sites across Portugal, France and Switzerland, it will conclude in 2023 with a series of policy and market recommendations.

“The main challenge for the future European power system consists in defining how it will be operated and kept stable with a high share of variable renewables and a reduced amount of dispatchable fossil-fuel power plants,” said Prof. Carlos Moreira, Senior Researcher at INESC TEC. “It is of the utmost importance to develop power system flexibility and the associated ancillary services required. Due to their already flexible capabilities, hydroelectric power plants will have a leading role in managing the growing need for flexibility in the system.”

The XFLEX HYDRO initiative could see demonstrated technologies and systems being deployed at new, planned and existing hydropower facilities around the world. In Europe alone, existing hydropower capacity is expected to grow by around 50 GW over the next two decades, based on future scenarios published by the European Network of Transmission System Operators (ENTSO-E). In addition, over 125 GW of existing capacity may need to be refurbished or modernized, creating significant opportunities for upgrades.

“Several key performance indicators (KPIs) have in addition been defined to quantify each hydro plant’s flexibility, focusing on operations and maintenance enhancement,” said Dr. Elena Vagnoni, scientist and lecturer at EPFL, which is coordinating and monitoring the XFLEX HYDRO demonstrations. “This is being presented in a KPIs Matrix, expected to clearly highlight at a glance the potential of each technology demonstrated, including their potential for integration across the European hydropower fleet.”