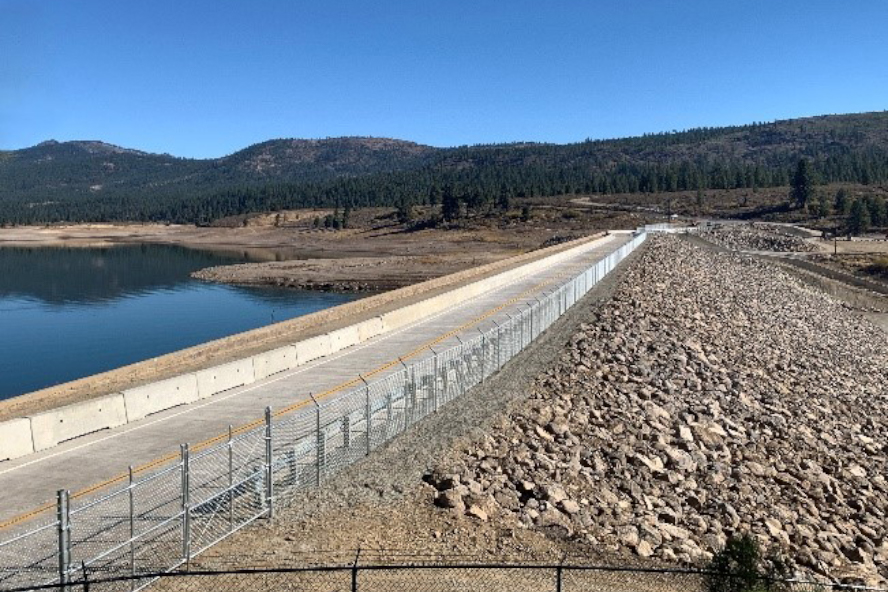 The U.S. Department of Interior’s Bureau of Reclamation has completed work on a safety project at Boca Dam.

Based on extensive engineering analysis, Reclamation found that Boca Dam and Dike was at risk from structural failure during an earthquake due to the presence of sand and gravel within the dam’s foundation. During an earthquake, the dam had the potential to slump or crack, leading to overtopping or a breach.

Upgrades to the 81-year-old dam corrected seismic risks as part of Reclamation’s Safety of Dams Program. Under this program, Reclamation completes studies and resolves safety issues on its dams. As part of the modifications at Boca Dam, Reclamation added a stability berm, a 25-foot wider crest and reinforced the road across the dam.

“The Trump Administration completed work in under two years to ensure the safety of downstream communities,” said Reclamation Commissioner Brenda Burman. “Through Reclamation’s Safety of Dams Program, we were able to complete these important improvements and support many local jobs while doing so—another advantage of modernizing Reclamation’s infrastructure.”

Reclamation is the largest wholesale water supplier and second largest producer of hydroelectric power in the U.S.