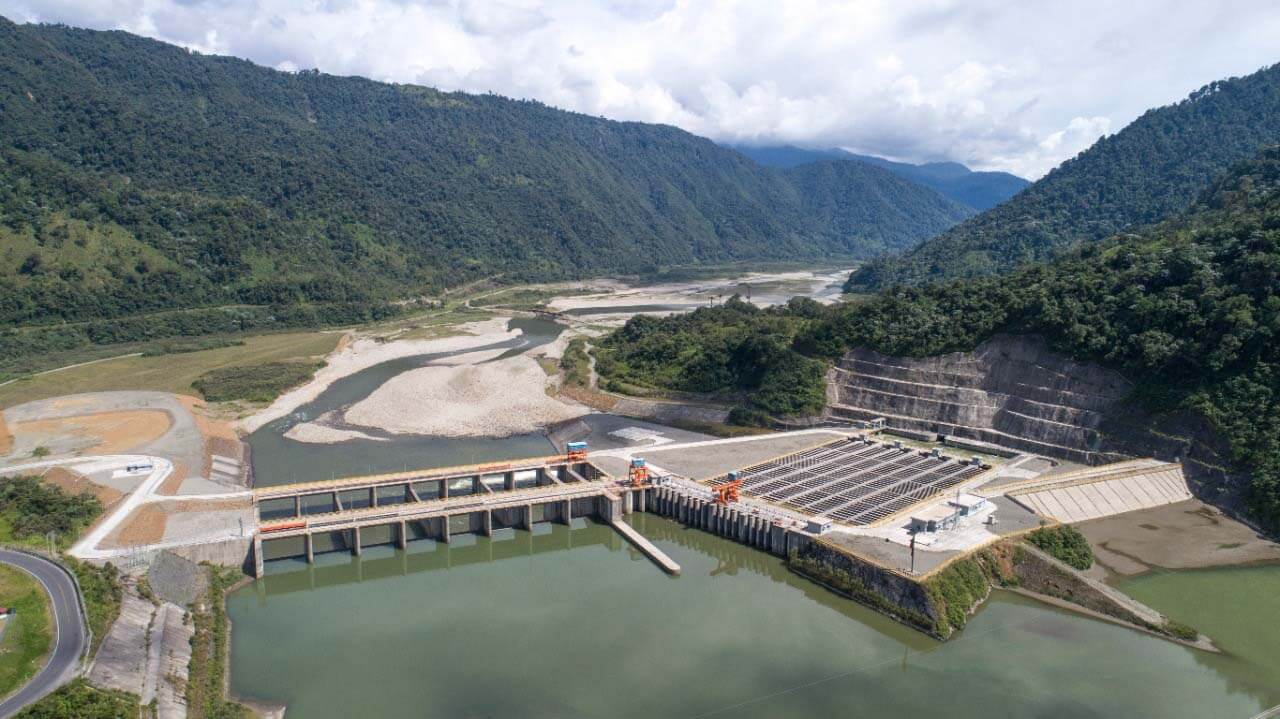 To deal with regressive erosion that threatens the water catchment infrastructure of Ecuador’s 1,500-MW Coca Codo Sinclair hydroelectric plant, the authorities are planning protection work that will require investments of more than US$140 million.

The catchment intakes control the flow of the water for the plant, which at maximum capacity requires 220 m3/s. The catchment infrastructure also includes grit traps, which allow water to enter the tunnel and powerhouse without coarse sediment.

Roque Proaà±o, director of the Rà­o Coca executive commission, which was created to mitigate the current and potential erosion effects from the Coca River, told BNamericas that the protection designs for the catchment works are ready and consist of introducing screens to decrease the speed and strength of the river.

Construction is due to start in the next few months. “We are preparing all the pre-contractual documents,” said Proaà±o. “Once the documents are approved, the schedule will be set to make a tender call.”

Since last year, several temporary dikes were built to face the regressive erosion problem and protect the catchment. But with the river’s last floods, with levels of up to 2,100 m3/s, they were shown to be unsustainable.

The authorities are now preparing a second phase of provisional protection works, which will be located 1.2 km downstream from Coca Codo Sinclair’s intake works.

With a US$17 million investment, the plan is to build cofferdams to divert the river, which will allow for the construction of a dam of concrete piles that will reach a depth of 30 m. The works are slated to be executed during the next low-water period (between October and March).

In a second stage, the protection works will consist of 14 screens submerged under the river bed. The first screen will be built using reinforced concrete piles and the remaining 13 using the jet grouting technique (injection of concrete to consolidate the material). The construction of the screens will take 24 months and demand an investment of US$100 million. An additional investment of US$25 million is planned if the erosion affects the screens.

Regressive erosion has not caused problems for the hydroelectric plant, but if it continues and if it completely affects the intake infrastructure, the plant’s water intake would have to be suspended, said Proaà±o. In the event that the plant is paralyzed, the catchment works would have to be relocated with studies undertaken for this purpose, he added.

Coca Codo Sinclair, built by Chinese company Sinohydro at a cost of US$2.24 billion, was inaugurated in 2016 and provides 35% of the energy that Ecuador consumes.