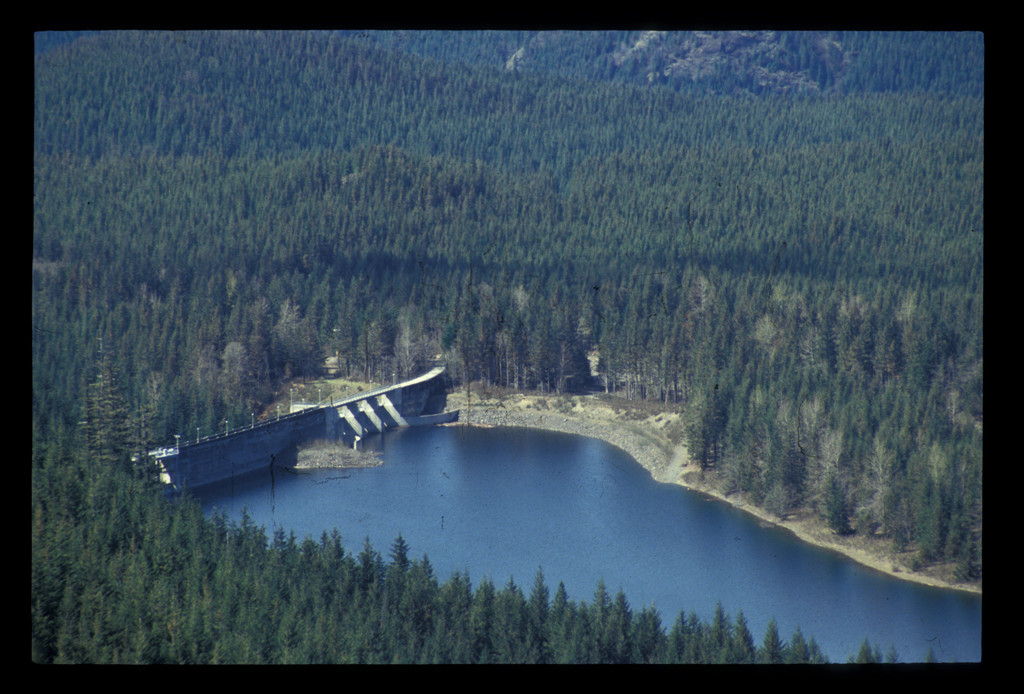 Construction of the 30-MW Cedar Falls Hydroelectric Project was launched Seattle City Light, an electric utility in Washington State. The plant, built nearly 120 years ago, was inducted into the Hydro Hall of Fame in 2019.

By Nathan MacDonald and Rebecca Ossa

The birth of Seattle City Light, an electric power utility in Washington State, began with an idea and a plan for the idyllic western slopes of the Cascade Mountains, 40 miles east of the burgeoning city. The birth of City Light occurred within a nationwide context of expanding urbanization and progressive reform. As a growing city, Seattle faced urgent demand for new public services, among them fire, police, mass transit, health and sanitation, public works (streets), parks, and clean water and affordable power. The idea of a publicly owned utility emerged as early as 1889, when Seattle focused on the Cedar River as its primary water supply. Approved by public vote in 1895, the water system was closely followed by the development of a power system. Focusing on the Cedar River again, Seattle saw it as a source of inexpensive and abundant power, which would draw new industry to the growing city. In 1896, a new revised city charter demanded that the City Council bring the question of a municipally owned power plant to a vote of the people. In March 1902, the citizens approved the measure by a 7 to 1 margin, opening the path for Seattle’s first municipally owned hydroelectric project.

As the landscape of Seattle began to take shape in the early 20th Century, so did its need for a consistent and cost-effective power source. The construction of what is now the 30-MW Cedar Falls Hydroelectric Project, on the Cedar River, not only provided a reliable source of power, it also became paramount to the establishment of what City Light is today, which boasts a 90% hydroelectric portfolio.

The Cedar Falls plant was inducted into the Hydro Hall of Fame at HYDROVISION International 2019.

Work on the hydro facility was started in 1902. The Cedar Falls complex includes a headworks, a power station, and, for a time, a company town, housing City Light’s permanent employees and their families. The project was put into operation in 1904 with four turbine-generator units (U1, U2, U3, U4) with a combined capacity of 10.4 MW fed by water impounded by a wood crib dam 250 feet in width and delivered through three woodstave penstocks. This facility was the first publicly owned electrical generating plant built for the city of Seattle and one of the earliest in the U.S. for a municipality of its size. The city boomed in size from 3,500 in 1880 to 237,000 in 1910.

The facility is one of the earliest high-head, low-volume hydroelectric plants in the American West. The extant headworks and hydro generating equipment represent forward-looking system improvements of the 1910s and 1920s. Early hydroelectric installations in the eastern U.S. typically operated with a high volume of water and minimal drop in elevation. Physiographic conditions in the western U.S. states, however, required the development of new technology designed to use water with an average gross head of 620 feet.

A masonry dam, four years in the making, was built in 1914 about 1.5 miles downstream from the crib dam to more fully harness the power potential of the Cedar River. Designed to a height of 215 ft and a width of nearly 1,000 ft, the dam was intended to raise the level of the reservoir to 1,590 ft above sea level. This reservoir also provides about 70% of the domestic water supply to the Seattle metropolitan area of about 1.4 million people.

Water flow from the reservoir is managed to provide favorable instream flow conditions for salmon and steelhead reproduction. Under the city of Seattle’s Cedar River Watershed Habitat Conservation Plan, City Light has made upgrades to the Cedar Falls project and operational changes that provide protection to salmon and steelhead in the Cedar River.

The dam’s construction employed cyclopean masonry, consisting of boulders, rocks and gravel from nearby gravel beds and spillway excavation. Plans called for a service spillway measuring 40 ft at the base, allowing discharge of 10,000 cubic ft of water per second, with a maximum level of 5 ft below the dam’s crest at heaviest flood stages. However, the service spillway was not completed as designed due to seepage. Instead, a smaller spillway notch was created near the center of the dam, a feature that would later prove inadequate.

In conjunction with the masonry dam, several additions and alterations were made to the hydroelectric facility in the 1910s and 1920s, both at the headworks and at the power station.

For example, at the dam’s south end, an underground concrete-lined power tunnel was cut through down to a lower gatehouse 1,500 ft further downstream. At first, the tunnel was fed by the existing penstocks from the wood crib dam, and only in times of high water supplied directly from water held in the Masonry Pool behind the new dam. By the end of 1929, that situation had changed, and all water operating the hydro generating equipment in the powerhouse came directly from the masonry dam. At the lower gatehouse, hydraulic-operated gate valves controlled the flow from the tunnel into two penstocks. These were carried across the Cedar River Gorge by an open-spandrel concrete arch bridge, measuring 187 ft long and 24 ft wide. The two penstocks from that point forward followed a separate grade, one of them carried on a steel trestle viaduct over Canyon Creek.

The plant currently consists of two units (Units 5 and 6), which were commissioned in 1921 and 1929 with a combined capacity of 30 MW and fed by a 1,500-ft-long concrete-lined rock power tunnel that bifurcates into two 7,500-ft-long, 78-in-diameter steel penstocks. A new concrete powerhouse was built to contain these units. The units are horizontal Francis type turbines manufactured by the Pelton Waterwheel Company and the generators were manufactured by Westinghouse. The original four turbine-generators and the wooden powerhouse are gone. A concrete shop and storage building were installed at that location.

For decades, the Cedar Falls community was alive with activity. Rows of houses near the facility kept the City Light employees and their families closely tied in this secluded region of the state. Children went to school in the town, which kept the spirit of community alive within Cedar Falls. Slowly, however, the community began to shift as the need for numerous employees to work the facility tapered due to automation. By the 1960s, the community identity of Cedar Falls transitioned once more with the surplus of most of the houses near the facility, along with the decommissioning of other community entities such as the gym and swimming pool.

The Cedar Falls Project is located within two National Register of Historic Places-listed districts — the Seattle Municipal Light and Power Plant and the Cedar River Watershed Cultural Landscape. City Light actively protects cultural resources in the project area, as well as helping to mitigate impacts to these resources. The utility partners with Seattle Public Utilities; local Tribes; and federal, state and county agencies in the management of cultural resources.

Today, the historic Cedar Falls project is operated by a handful of dedicated City Light employees, continuing the century-long tradition of generating clean hydroelectric power for the city of Seattle. While remnants of its rich history remain, such as a house that now serves as an office, along with the dam itself, most importantly the tradition of generating clean hydropower continues, reminding City Light of its past and its future.

Nathan MacDonald is a senior public relations specialist and Rebecca Ossa is the historic resource specialist for Seattle City Light.

Editor’s Note: The plants inducted into the Hydro Hall of Fame for 2021 will be announced during the opening keynote session of HYDROVISION International, Sept. 21 to 23 in Spokane, Wash., U.S.