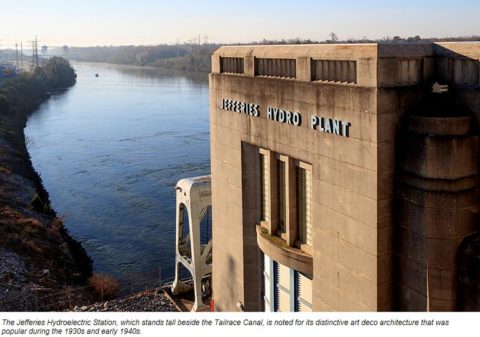 A man was arrested this week for threatening to use a “destructive device” at Pinopolis Dam, which is owned by Santee Cooper and is part of the 128-MW Jefferies Hydroelectric Facility, multiple news agencies are reporting.

Timothy Newman, 55, was located using his cell phone signal and taken into custody during a traffic stop, according to WCSC news.

The threat was reported to be verbal and involved blowing up the dam, in Berkeley County, South Carolina.

The Post and Courier reported that: “Santee Cooper spokeswoman Molly Gore said a passerby overheard Newman make threatening comments about the dam at a convenience store and reported them to the state-run utility.” Police identified him using security camera footage.

Newman reportedly “was instrumental in bringing the NASCAR Hall of Fame to Charlotte and had served as general manager of the Charleston Knights before becoming chief executive of the Charlotte Regional Visitor’s Authority.”