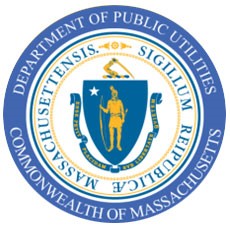 Massachusetts has announced over $17.3 million in grants to address failing dams, coastal infrastructure and levees across the Commonwealth. The announcement was made by Governor Charlie Baker, Lt. Governor Karyn Polito, Energy and Environmental Affairs Secretary Kathleen Theoharides and state and local officials at Haskell Pond Dam in the city of Gloucester.

The administration also highlighted its $2.9 billion proposal to immediately invest a portion of Massachusetts’ federal funds from the American Rescue Plan Act in urgent priorities, including $300 million for climate-resilient infrastructure.

“The Commonwealth’s cities and towns are seeing the impacts of climate change every day, and our Administration is committed to providing needed funding to support critical resilience projects to address these issues,” said Governor Baker. “These grants will help municipalities make substantial progress to maintain and repair aging dams and seawalls across Massachusetts.”

“Ensuring dams, seawalls, and levees remain in good condition can be costly on municipal budgets, and we are pleased to provide these Dam and Seawall Program grants to help support municipalities as they make these investments,” said Lieutenant Governor Polito. “It is critical that we continue to foster strong partnerships with local communities and organizations to create a more resilient Massachusetts.”

With these 32 new grants, the Dam and Seawall Program has provided over $95 million in grants and loans to address deficient dams, seawalls, and levees since the program began in 2013.

“Dams and seawalls are challenging and costly pieces of infrastructure that must be maintained for public safety, environmental protection, and the health of drinking water,” said Senate Minority Leader Bruce Tarr. “Yet for communities the cost of maintaining them is a heavy burden that strains municipal budgets. Thanks to this grant program and the significant resources it brings, communities don’t have to go it alone in building and maintaining these critical structures. Thanks to the Baker-Polito administration for making these investments, and congratulations to Gloucester, Ipswich, Essex, and the other recipients who have designed and submitted projects worthy of the support they are receiving today.”

In June 2021, the Baker-Polito Administration re-filed its plan to immediately put to use part of the Commonwealth’s direct federal aid from the American Rescue Plan Act (ARPA) to support key priorities including housing and homeownership, economic development and local downtowns, job training and workforce development, health care, and infrastructure. As part of the Administration’s proposal to jump-start the Commonwealth’s economic recovery and support residents hardest-hit by COVID-19, Governor Baker would direct $900 million to key energy and environmental initiatives, including $300 million to support climate resilient infrastructure. The funding would be distributed through programs like EEA’s Municipal Vulnerability Preparedness Program and would fund priority climate adaptation projects and investments aligned with the priorities identified in the state hazard mitigation and climate adaptation plan.

EEA seeks to protect, preserve and enhance the Commonwealth’s environmental resources while ensuring a clean energy future for the state’s residents.