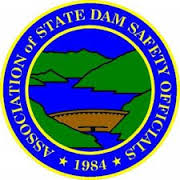 Sunday, May 31, is National Dam Safety Awareness Day in the U.S.

According to the Association of State Dam Safety Officials, this is a day dedicated to remembering the lessons learned from past dam failures; pushing for strong dam safety programs; encouraging investment in America’s critical infrastructure; and rededicating ourselves to the effective public-private partnerships that work to keep America’s dams safe, operational and resilient.

ASDSO says the issue of dam safety was not widely recognized until 1889, when the failure of South Fork Dam near Johnstown, Pa., claimed more than 2,200 lives.

Dams are an extremely important part of this nation’s infrastructure and can serve several functions, including water supply for domestic, agricultural, industrial, and community use; flood control; recreation; and clean, renewable energy through hydropower.

The average age of the dams in the U.S. is 56 years. As population growth and development continues, the overall number of high-hazard-potential dams (those whose failure could cause loss of life) increases as well, with the number climbing to more than 15,000 high-hazard-potential dams in 2018. More than 11,000 dams are labeled as significant hazard potential, meaning a failure would not necessarily cause a loss of life but could result in significant economic losses.

The number of high- and significant-hazard-potential dams is increasing in part due to “hazard creep.” Hazard creep describes the growth of development (buildings, businesses, and people) moving closer to dams that were originally located in agricultural areas.

ASDSO says investment is needed to rehabilitate deficient dams and to improve the efficacy of policies and regulatory programs that oversee dam safety programs. Upgrade or rehabilitation is necessary due to deterioration, changing technical standards, and improved techniques, as well as better understanding of the area’s precipitation conditions, increases in downstream populations, and changing land use. When a dam’s hazard classification is changed to reflect an increased hazard potential, the dam may need to be upgraded to meet an increased need for safety.

Both safe operation and maintenance are key to avoiding disaster, as dam failures can result in loss of life and severe economic and environmental damage. ASDSO has more than 700 failures in its Dam Safety Incident Database from the last decade, and two recent events from 2020 further reinforce that proper maintenance is key for dam safety.

The recent failure of Edenville Dam, found on the border of Midland and Gladwin counties in Michigan, on the Tittabawassee River in the U.S., led to evacuation of many people in Midland County. This dam’s failure led to a failure of Stanford Lake Dam downstream and, as a result, the governor declared a state of emergency.

Also, in early May, Sardoba Dam in Uzbekistan failed, leading to the immediate evacuation of 11,600 people downstream. A criminal probe was launched for the incident and it was reported that “official negligence” and construction rules violations may have been the cause of the event.