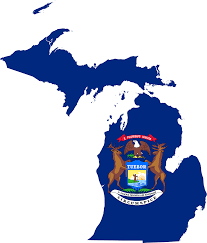 The Michigan Department of Environment, Great Lakes, and Energy (EGLE) has submitted a report to the state’s Governor, entitled the Michigan Dam Safety Task Force Report.

The report is EGLE’s response to the governor’s May 27, 2020, letter directing the agency to investigate the events leading up to the May 19, 2020, failure of Edenville Dam and recommend policy, legislative, budgetary and enforcement reforms “to prevent a catastrophe of this kind from happening again.”

After heavy rainfall in the Gladwin and Midland County areas, the privately-owned Edenville Dam failed, releasing a torrent of water that caused the downstream Sanford Dam to fail. The resulting floods forced some 10,000 residents to evacuate. Homes, businesses, roads, bridges and other infrastructure were destroyed, with damages estimated at $200 million.

The department submitted a preliminary internal report to the governor on Aug. 31, 2020, and launched the 19-member Michigan Dam Safety Task Force to review the statutory structure, budget and program design of the Water Resources Division’s Dam Safety Program; the adequacy of Michigan’s dam safety standards; and the level of investment needed in the state’s dam infrastructure.

Over five months, the task force met seven times, held 15 work group meetings, and provided opportunity for public input. Its deliberations were also informed by the peer review of the state Dam Safety Program, which EGLE commissioned the Association of State Dam Safety Officials to conduct.

EGLE said these recommendations, along with steps already implemented such as hiring more dam safety engineers, will lead to more robust and effective oversight of Michigan’s 2,600 dams, many of which are aging, poorly maintained and/or inadequately engineered for changing environmental conditions.

Additionally, EGLE partnered with the Federal Energy Regulatory Commission (FERC) to commission a fully independent forensic investigation of the dam failures, which will consider human factors, regulatory history, the storm event, structural deficiencies and other factors. Since starting its work in August 2020, the independent investigation team has completed on-site geotechnical investigations and data collections and is now performing modeling and related analyses to recreate the events of May 19. They expect to complete the investigation in six to 12 months.