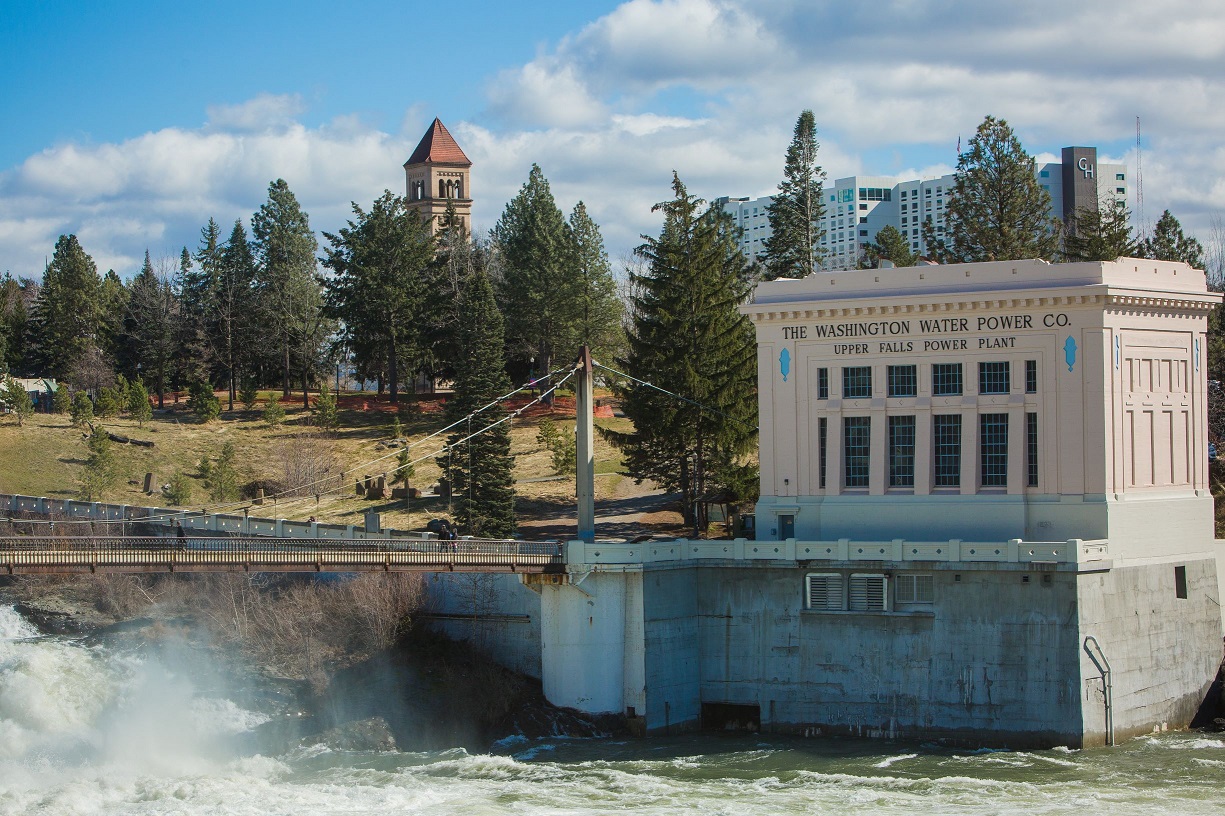 Attendees at HYDROVISION International 2021 can take advantage of a fun walking tour near the Spokane Convention Center that features hydropower infrastructure owned and operated by Avista, a host utility for the event.

HYDROVISION International, the world’s largest hydroelectric industry event, is behind held the week of July 26 at the Spokane Convention Center in Spokane, Wash., U.S.

This walking tour gives an opportunity to view, and learn more about, several Avista sites near the Spokane Convention Center. It also offers a nice walk through the Huntington Park, with views of the Spokane River, Spokane Falls and the Monroe Street Bridge.

The 10-MW Upper Falls Powerhouse is on the Spokane River in Spokane, Wash. The development includes two dams on either side of Havermale Island. The north channel dam and control works structure creates the bypass reach that includes the upper falls, while the south channel contains a dam and headgate structure that leads to the powerhouse. Although the development is operated as run-of-river, the two dams control the release of water to downstream areas of the river that are frequently viewed by the public.

The Control Works Spillway dam for the Upper Falls project, as mentioned above, consists of four modern vertical lift gates installed in 2004, as well as two 60-ft rolling sector gates that are original to its construction in 1922.  The Control Works diverts water through the south river channel, past the Spokane Convention Center, and into the powerhouse intake structure.

The Post Street Substation is located in the historic Washington Water Power building and is the utility’s only indoor substation. It receives electricity from the nearby Upper Falls and 15-MW Monroe Street powerplants through underground transmission lines. The substation has distributed electricity to downtown Spokane since 1909.

To learn more about what we have to offer and to register for HYDROVISION International, click here.