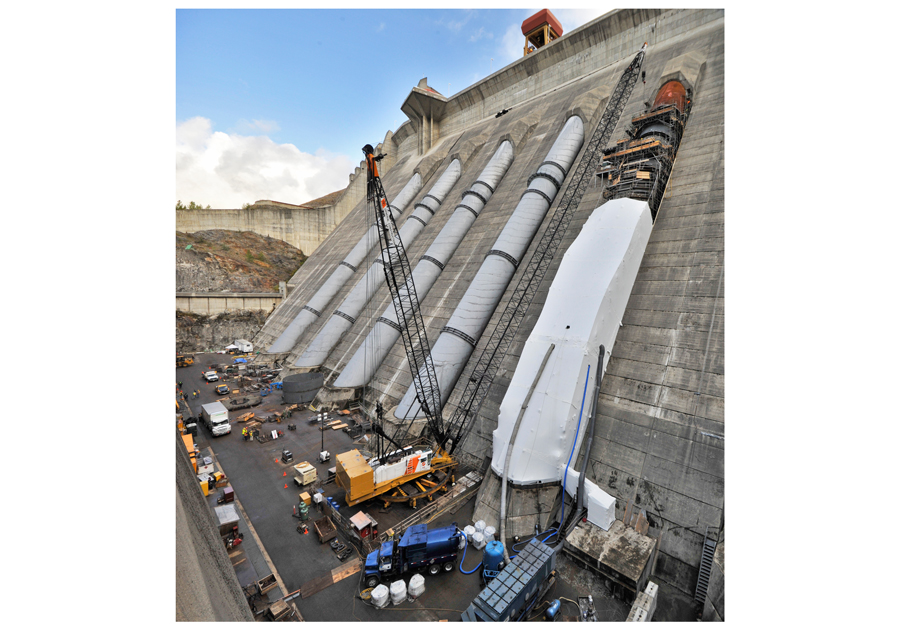 The Government of British Columbia and BC Hydro have launched the utility’s new five-year electrification plan, which “will make it easier and more affordable for people to efficiently use more of B.C.’s clean electricity in place of fossil fuels to power their homes and buildings, businesses and vehicles.”

Premier John Horgan said: “From heat waves to wildfires, we are already seeing the devastating effects of climate change. Here in B.C., we have accomplished a lot with North America’s most progressive plan to reduce carbon pollution – but the scale of the crisis means we must act with even more urgency. Working together with BC Hydro, we will help more people and businesses become less reliant on fossil fuels and use more affordable, made-in-B.C. hydroelectricity. As a clean-energy powerhouse, we have a huge opportunity to tackle the climate crisis while building a stronger and more resilient B.C. – for everyone.”

An average of 98% of the province’s electricity generation comes from clean or renewable resources (primarily hydroelectric generation). Just under 70% of B.C.’s end-use energy demand is currently met through fossil fuels such as gasoline, diesel and natural gas. Switching from fossil fuels to clean electricity will play a critical role in reducing air pollution and meeting CleanBC goals.

BC Hydro’s Electrification Plan – A clean future powered by water – proposes new programs and incentives to advance the switch from fossil fuels to clean electricity in homes and buildings, vehicles and fleets, businesses and industry, as well as to attract new energy-intensive industries to British Columbia.

BC Hydro plans to invest more than $260 million to implement the plan over the next five years, including nearly $190 million to promote fuel switching in homes and buildings, vehicles and industry, and more than $50 million to attract new industries that are looking for clean power. The plan also includes programs to reduce the time required to get customers connected to BC Hydro’s grid.

As more customers increase the use of electricity, BC Hydro’s energy sales will increase, providing more revenue to cover its fixed system costs and helping keep rates low. BC Hydro estimates that if the electrification plan is fully realized, customer rates will be about 1.6% lower by 2026 compared to what they would be if there were no plan.

If actions in the plan are fully realized, it will reduce incremental greenhouse gas (GHG) emissions of more than 930,000 tonnes per year by 2026.

The plan builds on BC Hydro and provincial rebates and customer supports for the installation of heat pumps and electric vehicle chargers and electrification measures from CleanBC, as well as new recommendations from Phase 2 of the BC Hydro Review, including the discounted CleanBC Industrial Electrification Rates that were announced in January 2021. With as much as $20 million in incentives and study funding to support the production of hydrogen, the plan also helps to advance the B.C. Hydrogen Strategy released in July 2021.

BC Hydro’s electrification plan was filed with the B.C. Utilities Commission as part of BC Hydro’s Fiscal 2023-25 Revenue Requirements Application on Sept. 1, 2021.

CleanBC commits the province to achieving net-zero emissions by 2050 and is supported by $506 million in incremental investments over three years in Budget 2021.