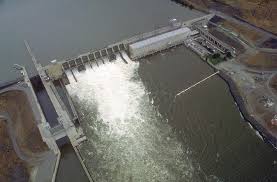 During the late June heatwave experienced in the U.S. Pacific Northwest, the four dams and hydropower projects on the lower Snake River provided much-needed energy, balancing and contingency reserves. In addition, Ice Harbor Dam played a key role in keeping the lights on in the Tri-Cities area in eastern Washington.

Without these four facilities, powering through the heatwave could have been much more expensive and operationally challenging, BPA said.

“This is another example of the value these facilities provide the region from a clean energy perspective,” said Administrator John Hairston. “As the region continues to discuss the future of these facilities, we believe it is important to provide data and information about their performance as a solid foundation for discussions about the future of these four dynamic dams that provide carbon-free electricity and are important assets to mitigating the impacts of climate change.”

Parts of the Northwest experienced record or near-record temperatures and record energy demand between June 25 and 30, but BPA was able to meet high summer demand through careful power and transmission planning. BPA also canceled planned transmission maintenance to ensure high electricity flows would not cause congestion, which can lead to cascading outages across the region and the west.

At the four lower Snake River dams, operators ensured river flows were at or above minimum levels for juvenile fish migration. This meant the operation of these dams would fill each project overnight so there was enough water for fish and power production during the peak electricity consumption hours of the day.

For the duration of the heatwave, electrical generation on the four Snake River dams ranged between 439 MW and 1,009 MW. For perspective, the average consumption of the city of Seattle is about 1,000 MW. The dams also provided balancing reserves to move up and down to adjust for generators that can stray from their energy schedules. As the region adds more intermittent renewable energy to mitigate climate change, these balancing reserves are becoming even more important.

Over this five-day heatwave, BPA transferred some reserve requirements to the four lower Snake River dams. At times, these four dams held 15% of BPA’s total required reserves, peaking at 220 MW. At their highest, these dams provided 1,118 MW of combined energy production and reserve capacity.

Ice Harbor dam played a key role in keeping the lights on in the Tri-Cities area (Kennewick, Pasco and Richland) during last month’s intense heat. Had Ice Harbor not been generating, it is likely BPA would have had to work with local customers to shift loads, which can take time and require some power outages or have rolling blackouts in selected areas in the Tri-Cities to protect the system from wider, cascading outages.

“BPA relies on Ice Harbor to relieve stress on our transmission system in the Tri-Cities area,” said Vice President of Transmission Operations Michelle Cathcart. “During the recent heatwave, Ice Harbor provided voltage stabilization and helped increase the amount of energy our system could provide to parts of the Tri-Cities.”

Post-heatwave analysis by BPA transmission engineers indicates, if Ice Harbor had not been generating, an unplanned loss of one of the key transformer banks would have caused a System Operating Limit exceedance. Also, the loss of a different key transformer bank would have pushed a facility to 98% of its capacity.