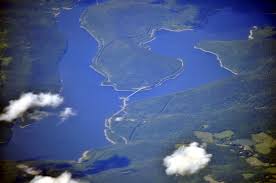 The Environmental Defense Fund has published a study in Environmental Science and Technology that it says shows that hydropower “is not always as good for the climate as broadly assumed.”

EDF said it assessed the warming impacts over time of sustained greenhouse gas emissions estimated from nearly 1,500 hydropower plants around the globe and looked at the implications of future hydropower development.

EDF stated: “If minimizing climate impacts are not a priority in the design, construction and geographic placement of new hydropower facilities, we could end up generating electricity that yields more warming – especially in the near-term – than fossil fuels.”

Because the reservoirs where water is stored produce both carbon dioxide and methane when vegetation decomposes under water, there are enormous differences from facility to facility due to a range of varying reservoir features and meteorological characteristics, EDF says.

Some hydropower reservoirs are actually carbon sinks, taking in more carbon through photosynthesis by organisms living in the water than they emit through decomposition, while others have carbon footprints equal to or greater than fossil fuels. According to a press release, of the nearly 1,500 plants worldwide that EDF examined and account for half of global hydropower generation, more than 100 facilities have GHG emissions that cause more warming than fossil fuels.

Further, some regions, such as Africa and India, have proportionally more plants with high GHG emissions from hydropower compared to the rest of the world.

EDF says, “It is also important to note that if we are building new hydropower facilities with the expectation of climate benefits, those benefits will be significantly smaller in the near-term than over the long haul. This is due to methane emissions’ powerful near term impacts, and also the large amount of carbon dioxide released from newly-flooded reservoirs.”

For example, after 50 years of operation, a hydropower facility could cause less than 40% of the warming that would be caused by a coal-fired plant. But in the first decade after the hydro facility is built, it could cause more warming than a coal-fired power plant. EDF says its study found that over 200 existing hydropower facilities across the globe potentially cause more warming in the near-term than fossil fuel plants.

Hydropower accounts for two-thirds of renewable energy generation worldwide, and the International Energy Agency predicts that hydropower could grow by nearly 80% by 2040 as society works to displace fossil fuels.

EDF says there are things that can be done when planning a new hydropower project that can help keep emissions down. These include keeping in mind the ratio between the size of the reservoir and the amount of electricity produced, as this “power density” is the best indicator of overall GHG emissions from hydropower facilities. And reservoir temperature can play a role in the production of methane emissions, so avoiding development in extremely hot places could lower emissions.

“Overall, we must dispel the myth that hydropower is universally low-carbon, and be mindful of the potential for high emissions when developing new facilities. This paper gives us a more effective way to assess these projects so we can ensure new developments deliver climate benefits and not disbenefits,” EDF said.