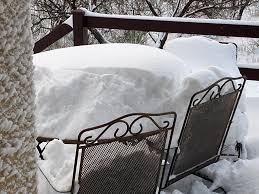 Hydroelectric plants in the U.S. states of Oklahoma and Texas are providing valuable support during record cold temperatures that have caused massive strain on the electricity system and resulted in rolling blackouts and significant power outages.

In Oklahoma, the Tulsa District of the U.S. Army Corps of Engineers issued the following statement on Feb. 17:

“Our hydroelectric power plants are currently helping in key areas across the region to assist with the current emergency power demands.

“All of our available hydropower generators at these reservoirs have been made available to the Southwestern Power Administration (SWPA) for continual operation (not just peaking operations), as long as there is a declared power emergency.”

The Grand River Dam Authority in northwestern Oklahoma issued a situation update on Feb. 17 as well:

“In response to a directive from the Southwest Power Pool (SPP), the Grand River Dam Authority begun added discharge of the Grand Lake conservation pool yesterday, Tuesday, February 16. This action was intended to provide for additional electric generation in the SPP footprint during this time of extreme and ongoing winter weather conditions.

GRDA has now begun the process of closing floodgates at Pensacola. Inflows remain unavailable due to icing issues.

Grand Lake elevation was 741.27 feet. Six (6) units were online at the Pensacola Dam, releasing 13,290 cfs of water through generation.

In addition, the Lower Colorado River Authority in Texas said on its website: