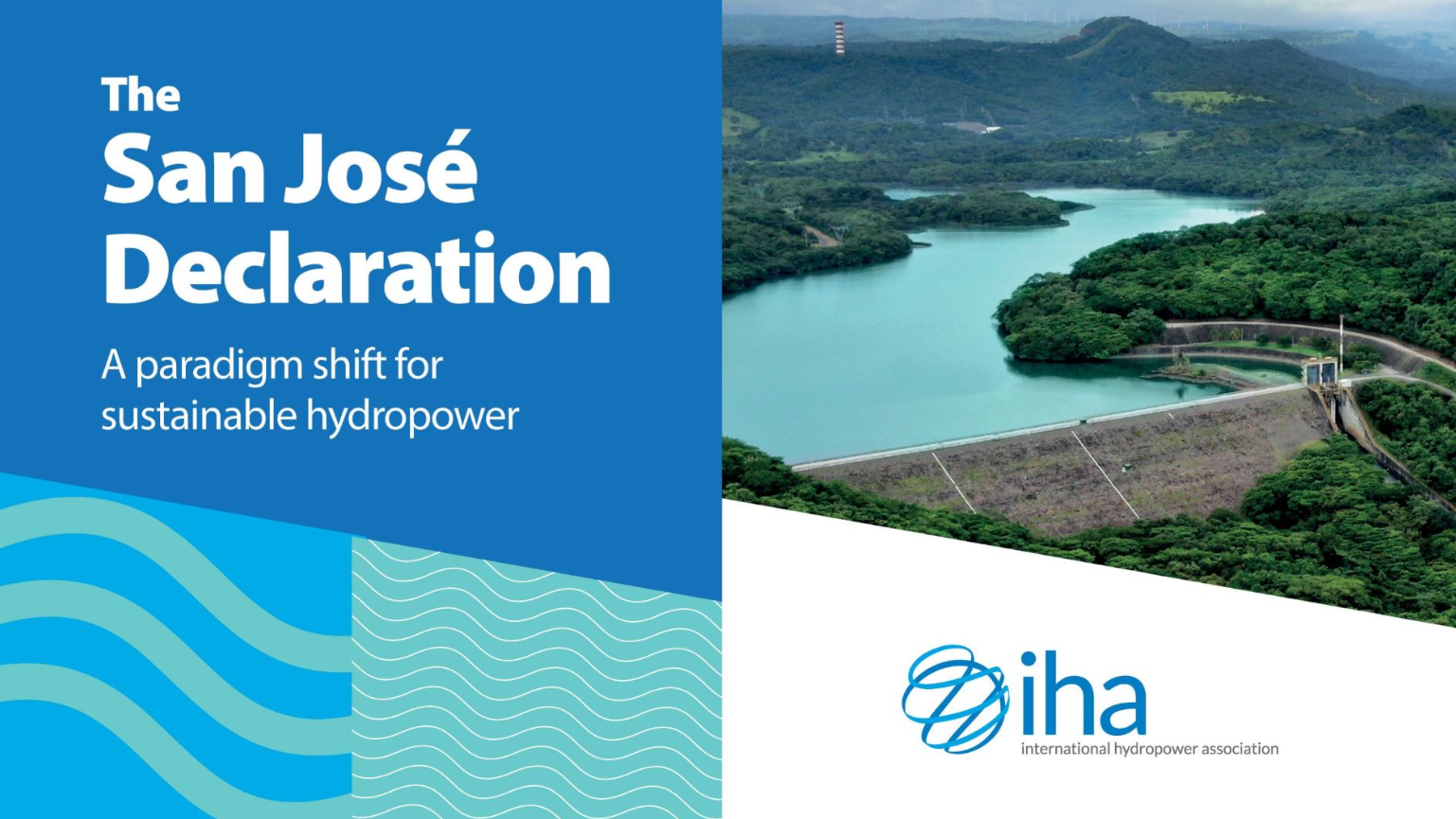 The San José Declaration on Sustainable Hydropower was issued Sept. 24 by the hydropower sector at the conclusion of the International Hydropower Association’s 2021 World Hydropower Congress, with the support of governments, former prime ministers, non-governmental organizations and international agencies.

At the closing ceremony of the World Hydropower Congress, the San José Declaration on Sustainable Hydropower was handed over to COP26 President Alok Sharma to deliver to the United Nations Climate Change Conference in Glasgow in November.

“This Declaration is a first vital step in increasing the global deployment of hydropower, with solid principles to guide the developments of projects, and sound recommendations for governments and policy-makers developed in consultation with businesses, financial institutions and civil society,” Sharma said. “And this exemplifies the collaborative approach we need to make the clean energy transition a reality.”

Recognizing climate change as “the most pressing existential threat to humanity and the environment,” the declaration calls for urgent action to spur new investments in sustainable hydropower development and unlock its potential for providing storage and flexibility in renewable energy systems.

Named in honor of the Government of Costa Rica, the official host of the World Hydropower Congress, the San José Declaration states that “Sustainable hydropower is a clean, green, modern and affordable solution to climate change.”

At the heart of the declaration is a commitment to international good practice, emphasized by its central statement that “going forward, the only acceptable hydropower is sustainable hydropower.”

The Congress also saw the launch of the Hydropower Sustainability Standard, a new ESG certification scheme that is the first of its kind in the renewables sector. The standard underpins the San José Declaration by providing a basis for defining international good practices in hydropower sustainability.

The San José Declaration includes a statement by the global hydropower community that new projects should not be developed in UNESCO World Heritage Sites. It also takes new steps in committing to a duty of care in the development of hydropower projects that affect legally designated protected areas.

With huge amounts of wind and solar power coming onto the world’s electricity grids in the next few decades, there will be an increased need for decarbonized technology to provide green storage and back-up when the wind doesn’t blow and the sun doesn’t shine. The declaration sets out how sustainable hydropower is a proven technology to strengthen wind and solar, how solar PV and wind can be integrated in hybrid projects, and how it can produce green hydrogen.

One of the key recommendations outlined in the declaration proposes a “use it or lose it” stance, stressing that all dams should be beneficial. This is accompanied by a call for dams to be reviewed for decommissioning in cases where they no longer provide benefits to society or have irreconcilable safety issues or adverse environmental impacts.

The San José Declaration on Sustainable Hydropower was shaped by a wide-ranging public consultation that took place over several months. Hundreds of organizations and individuals participated in the process by attending online events facilitated by IHA and submitting feedback on draft versions of the declaration. Input was received from representatives of governments, NGOs, international financial institutions, academic and research institutions, and civil society organizations.

The World Hydropower Congress brought together over 6,000 participants representing a broad spectrum of voices among those with an interest in hydropower development worldwide.