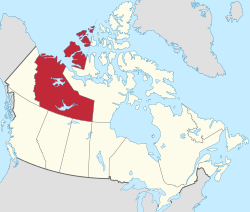 The Northwest Territories Power Corporation (NTPC) in Canada removed its 7.4-MW Snare Falls hydro plant from service on Dec. 10 after staff observed an oil sheen in the water while testing was being conducted.

A diesel unit at the Jackfish Generating Plant will provide backup power while Snare Falls is offline, if required.

The potential spill was reported to the NWT Spill Line on Dec. 10. A week prior, NTPC became aware that the unit was consuming a higher volume of oil than normal, although there was no evidence that it was being released to the environment. As a precautionary measure, booms were put in place when maintenance work began to ensure that any leaks are contained.

The cause of the spill is still under investigation. Snare Falls was shut down for about three weeks in May 2020 as the result of a similar situation. The timetable for completion of the investigation and maintenance work at Snare Falls are unknown. The costs are also unknown.

“NTPC took a proactive approach to protecting the environment when it began work at Snare Falls. We expect to face ongoing challenges with maintenance of aging hydro infrastructure until our hydro fleet can be refurbished. We will work as quickly and safely as possible to return Snare Falls to service,” said Noel Voykin, president and chief executive officer, NTPC.

Snare Falls is one component of a system that also includes the 8.5-MW Snare Rapids, 4.3-MW Snare Cascades and 5.3-MW Snare Forks projects. The plants are located on the Snare River and provide power to Yellowknife, Behchoko and Dettah.

NTPC is a wholly owned subsidiary of NT Hydro, which in turn is 100% owned by the Government of the Northwest Territories.